Ideas have a way of pollinating each other and growing into something new. Explore those threads of power harvesting inspiration you come across and show them off so others may benefit. What opportunities do you see in your everyday life? Can you remove from the power grid that reading light you use for 40 minutes each night? What kind of energy would a turbine on your rain downspout generate; is it enough to power a wireless rainfall sensor indefinitely? (After all, you only need those readings when it’s raining). Turn your shoes into power plants and report back on the amount of juice you see come in for any given number of steps.

A Bit of Inspiration 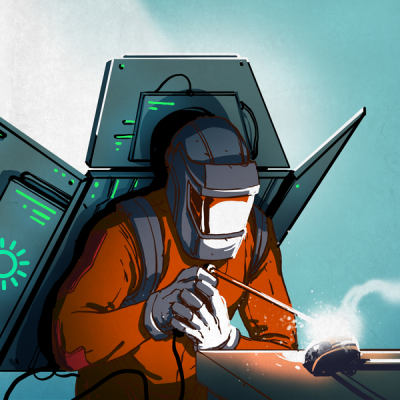 Earlier this year, Hackaday’s own Sean Boyce took on a power harvesting project. He set out to build a solar-powered spot welder that charged supercapacitors using the sun’s energy. The resulting proof of concept works, and is entirely self-sufficient without the need to receive power from the grid. It’s a first rev and isn’t 100% practical, but his research points to practicality through more work on component choice and usage. Whether you need something like this or not, the design process, characterization of components, and testing he did is applicable to all power harvesting projects so check it out!

Did you know there are doorbells that have no batteries in them? Well, kinda. The button you put next to your front door has a piezo element in it (a trick we saw starting about nine years ago). When you press the button it generates just enough juice to squawk out to the receiver — which is itself powered by a wall wart. How often does your doorbell ring? We’d love to see that receiver get some or all of its energy through power harvesting — that is low hanging fruit for an entry. Or, you could repurpose the button unit for other uses. Show us what you’ve got! 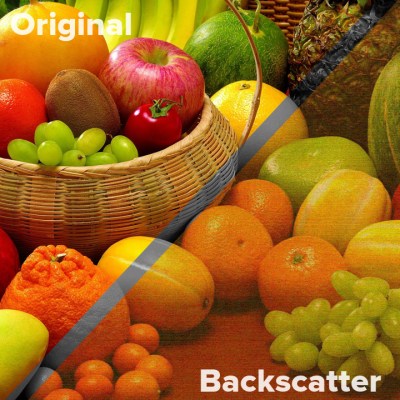 Do you remember the battery-less HD video streaming demo that we covered last month? This falls into the category of serious research, but highlights the kind of wacky ideas that might just become reality. This works using backscatter, reflecting the radio waves in the space all around us. It injects an analog HD video signal into that backscatter which is picked up and decoded by a receiving nearby. The camera is meant to be mounted in a pair of glasses and is completely battery-free because it uses RF to power the camera sensors and backscatter system. It’s a great example of doing a lot with the power harvested and stored in a capacitor.

This is a fun area of electronics/physics to explore and you’ll learn a lot of interesting stuff just by trying. Our battery technology is slow to make big improvements, so let’s dream up some ways to take more of the effort off of those battery systems. Enter your project in the Power Harvesting Challenge now!