Broadcasting has changed a lot in the last few decades. We have satellite radio, internet streaming, HD radio all crowding out the traditional AM and FM bands. FM became popular because the wider channels and the modulation scheme allowed for less static and better sound reproduction. If you’ve never tried to listen to an AM radio station at night near a thunderstorm, you can’t appreciate how important that is. But did you know there was another U.S. broadcast band before FM that tried to solve the AM radio problem? You don’t hear about it much, but Apex or skyscraper radio appeared between 1937 and 1941 and then vanished with the onslaught of FM radio.

If you’ve heard of Apex radio — or if you are old enough to remember it — then you are probably done with this post. For everyone else, consider what radio looked like in 1936. The AM band had 96 channels between 550 and 1500 kHz. Because those frequencies propagate long distances at night, the FCC had a complex job of ensuring stations didn’t interfere with each other. Tricks like carefully choosing the location of stations, reducing power at night, or even shutting a station down after dark, were all used to control interference.

In addition, AM radios (like the 1924 Atwater Kent here) didn’t sound all that great. The narrow bandwidth wasn’t very good for music reproduction. The amplitude modulation was susceptible to noise and fading. Adjacent channels had a tendency to interfere with each other. When radio appeared, it was so close to a miracle to hear anything at all that none of this seemed very important, but as it became an integral part of society, these things were all negatives.

In 1932, the FCC created three experimental frequencies at 1530, 1550, and 1570 kHz allowing a wider signal than on conventional frequencies. However, only four stations operated on these channels.

Meanwhile, engineers were finding ways to get higher and higher frequencies. They found that above 20 MHz, propagation was usually very limited — practically line of sight in most cases. While you would think that distance is what you want in a communication system, from the FCC’s point of view being able to limit a broadcaster to the immediate area was quite attractive.

The FCC started encouraging broadcasters to experiment with “ultra high frequencies” above 20 MHz and in 1934, W8XH (a broadcaster; not a ham station) started regular broadcasts in Buffalo, New York. Part of WBEN, a traditional AM station, anyone who wanted to listen had to build their own equipment and most programming was just a rebroadcast of the companion AM station. However, in 1936 W9XAZ in Milwaukee did produce regular original programming. 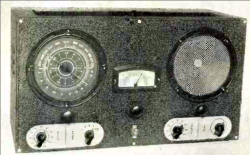 The receiver problem was particularly an issue since most receivers topped out at 20 MHz. You could build a converter, but you lost some of the advantages that way. It would be 1937 before you could buy radios like the Raco R-S-R Clipper (left), the RCA Magic Brain (see below for an example advertisement), or a McMurdo Silver (see the video, below) that could tune into the “ultra shortwave” bands. Their performance at these frequencies often left something to be desired. 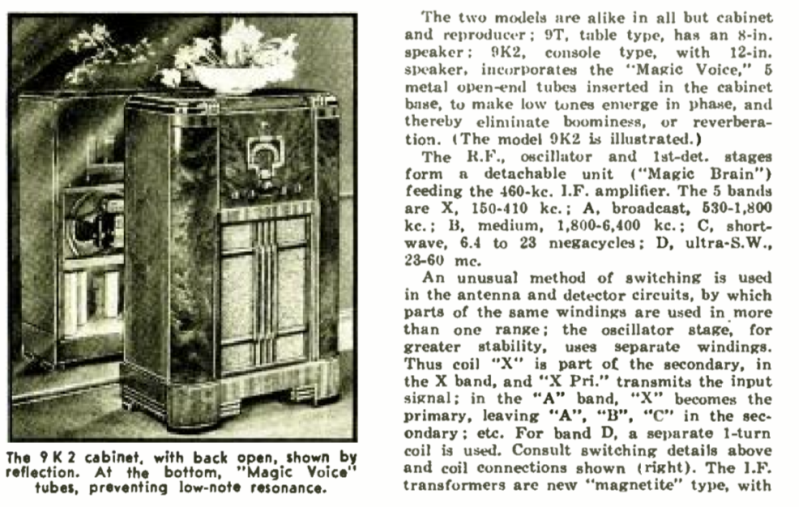 As any ham will tell you, while propagation above 20 MHz is generally line of sight, it isn’t always. The FCC noted that W6XKG in Los Angles had been heard in Asia and Europe. W9XAZ would sometimes be audible in Australia along with other stations from the United States.

In 1937, the FCC decided to make official the high-frequency broadcast band by putting 75 channels at 41.02 MHz with 40 kHz spacing between channels. This was four times the width of an AM channel, so there was less interference and it could accommodate a better-sounding — but still AM — signal. There were about 50 stations using high frequencies that had to move to the new band. In other words, Apex was AM radio on higher frequencies with a regimented band plan. Not a bad idea at all. 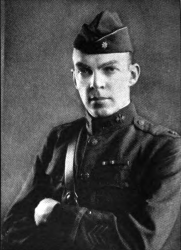 But the new band only lasted about four years. Edwin Armstrong was pushing for FM radio service, and the FCC was amazed at the audio quality possible with that system. By 1939, the commission encouraged Apex broadcasters to move to FM. In 1940, they reallocated the band to support 40 FM channels ranging from 42 to 50 MHz. RCA would later lobby to move the band again although there is a debate if it was for technical reasons or just to spite Armstrong by making his equipment obsolete.

The last two Apex stations were Cleveland’s WBOE that converted to FM in February 1941. Ironically, in 1938, it had become the first station to broadcast in the Apex channels reserved for non-commercial educational stations and Kentucky’s WBKY which closed down in June of that year.

Why the name? The line of sight broadcasting required the antenna to be up at an apex or skyscraper. Next time you see an old radio with the “Apex” band on it, you’ll know why.