The Origin Of The Stratolaunch

The Stratolaunch is the brainchild of two men. The first, Paul Allen, co-founder of Microsoft, has a long, long history of encouraging advances in aviation. He founded the Flying Heritage & Combat Armor Museum at historic Paine Field, Washington, and is perhaps one of the greatest aircraft collections outside the National Air & Space Museum and the Museum of the US Air Force.

The second man behind the Stratolaunch is Burt Rutan, a giant in the aviation world, who wrote several books on composite construction. There are more Rutan designs on display at the National Air & Space Museum than any other aircraft designer.

In 2004, the X Prize Foundation announced the Ansari X Prize, a $10 Million award for the first team to launch a spacecraft carrying two passengers (or a simulation of a human mass) to the edge of space, turn around, and do it again within two weeks. The prize drew its inspiration from the Orteig Prize, which in 1919 challenged aviators to fly across the Atlantic Ocean. Charles Lindbergh claimed the Orteig Prize in 1927. 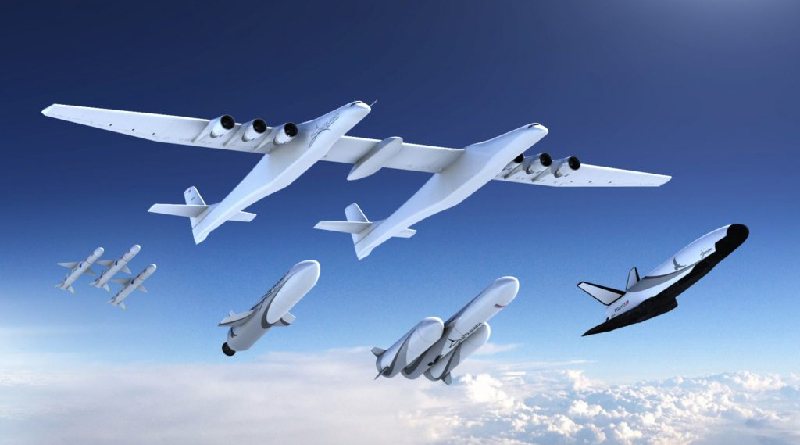 Allen, with a deep pocket book, and Rutan, with the know-how of how to build such a craft, joined up to create SpaceShipOne, as of right now the only privately-built spacecraft. The success of SpaceShipOne hinged on the unique design of the spacecraft. This was not an airplane that would take off from a runway, light its engine, and blast off into space. Instead, SpaceShipOne would be carried to altitude by WhiteKnightOne, a twin-fuselage carrier aircraft. After separating from its mothership, SpaceShipOne would light its engine and travel on a short suborbital flight to space.

While the SpaceShipOne won the XPrize, and SpaceShipTwo is currently undergoing flight testing, Rutan had been working on a twin-boomed carrier aircraft for decades. The goal is to carry a few hundred thousand pounds to altitude. To accomplish this, Rutan’s twin-boomed design required advances in the state of the art in composites. He couldn’t find a buyer, though, until Allen decided to get back into the space business.

Call it the commercialization of space; with cubesats and SpaceX, there is an ever-growing market for launch vehicles. Allen saw the democratization of the personal computer at Microsoft, with computers moving from massive mainframes to desktop boxes. Maybe the market for satellites would have the same growth curve. Either way, there was money to be made, and an opportunity to build the world’s largest plane. If you were a billionaire and an aviation nerd, what would you do?

The Stratolaunch is not by any means the first aircraft to haul a rocket up to 30,000 feet. That’s been done before, most notably with the Pegasus rocket. This rocket, developed by Orbital ATK is designed to be air-launched. The reason is simple: air pressure. The engine bells of rocket engines are designed to operate at a specific atmospheric pressure. Elon Musk realized this when he designed the Merlin family of rocket engines. The major difference between the current versions of SpaceX’s engines, the Merlin 1D and the Merlin 1D Vacuum, are the size of the engine bell. At sea level, you want a small engine bell, but in a vacuum, or at least above half the atmosphere, you want a significantly larger bell. Of course, you can get around this problem with aerospikes, but why do that when you can build the world’s largest airplane? 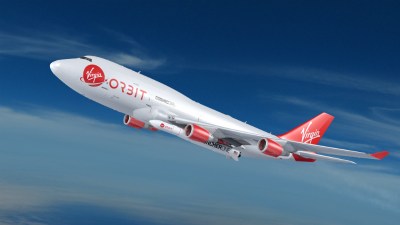 For this simple reason, Orbital ATK developed the Pegasus rocket, first launched from a B52, then from a Lockheed Tristar. Air launches get above a good portion of the atmosphere, increasing the efficiency of the engine. As an added bonus, planes usually fly above the weather, and since a plane isn’t stationary, you can launch from anywhere on the planet.

Air-launching a rocket allows for a more efficient engine and you don’t need a to spend the money on a launch pad. On paper, it’s a great idea, but aircraft are only so big. The Lockheed TriStar can carry a phenomenal payload, but mass fractions count, and the Pegasus rocket can only lift a few hundred pounds into orbit.

Richard Branson, the third name attached to SpaceShipOne, is having a go at air-launched rockets with the Launcherone, a slightly modified 747. Virgin Orbit announced they would use Cosmic Girl, an ex-Quantas 747-400 to carry a small rocket to 35,000 feet, which would then carry a 300kg payload into a sun-synchronous orbit. This air-launched rocket scheme uses the fifth engine pylon on the 747, originally designed to ferry engines between airports. It’s a clever idea, but again, you can only lift so much mass with an existing airframe. Take into account the ability to actually fit the rocket to the airplane, and you quickly realize the need for an aircraft specifically designed to lift rockets into the stratosphere.

What The Stratolaunch Will… Launch

The first rocket to be launched via the Stratolaunch carrier aircraft will most assuredly be the Pegasus rocket from Orbital Sciences Corporation. This rocket is able to carry 370 kg to Low Earth Orbit, and has already been flight proven for an air-launch from B-52 and Lockheed L-1011 carrier aircraft.

However, with a new launch platform, there is an opportunity for new launch vehicles. That’s where the Stratolaunch gets interesting, and the company is planning to carry three other rockets. 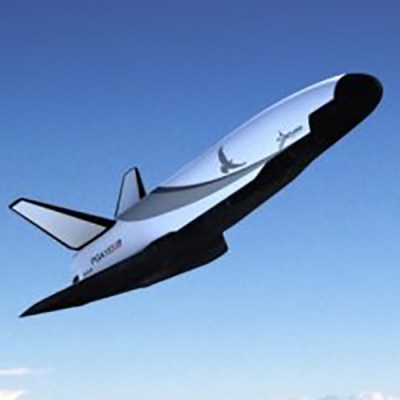 The planned Medium Launch Vehicle (MLV) will be significantly larger than the Pegasus, and have the ability to carry up to 3,400 kg to Low Earth Orbit. A second variant of this rocket, the MLV – Heavy, uses three cores and will be able to carry 6,000 kg of payload to orbit.

The coolest part of this announcement is, by far, a spaceplane. Like the White Knight Two and SpaceShipTwo, the Stratolaunch is planned to carry a real, orbital spaceplane. This is just a design study for now, but Stratolaunch is planning a fully resuable space plane. The plan is for this space plane to first carry cargo, with manned flights following later on. This space plane will be similar to the super-secret X-37 now currently in orbit, and in fact the company behind the Pegasus family of rockets does have experience with space planes. The Orbital Sciences X-34 was a test program nearly two decades ago, and the design still holds promise.

Will Stratolaunch Get Off The Ground?