Last summer was an exercise in developing a completely different kind of product from my normal wheelhouse; a costume. My Halloween costume had been so popular that I decided to have a go at commercializing it, and that took me on a path into manufacturing that I hadn’t yet taken; shipping by boat from China. The short version is it’s a ridiculously difficult mess.

The costume is called the Wacky Dancer, and you can visit the website or find it on Amazon. It’s awesome and we did a good job making it. That’s the pitch. The rest of the article is on shipping because if you’re ever going to try this yourself you need to be warned.

Deciding to Use Container Freight 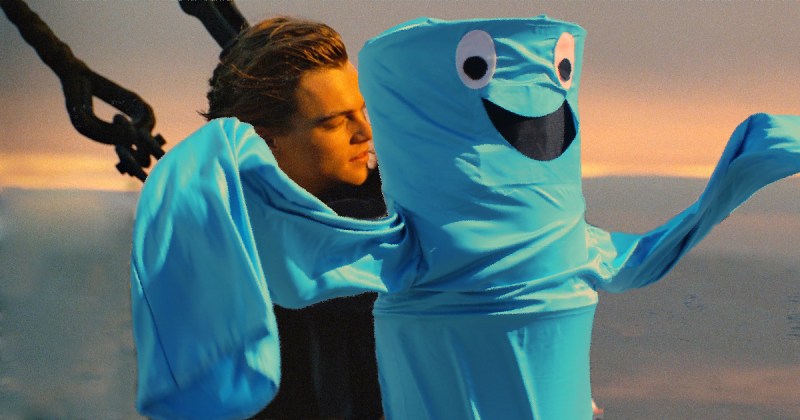 When sourcing components from China, you’ll at first be delighted by the prices. Then you’ll click the order button and discover that shipping by air is often as much or more expensive than the product itself. Air is expensive, but fast and perhaps more importantly it’s easy. A typical order will take roughly a week to arrive after the payment processing is complete.

As a side note, the payment is challenging because you’re transferring from a US bank to a China bank. This can take a few days and cost roughly $20 for each transaction, and they usually don’t take credit card. Using PayPal avoids this mess, but not all factories support it.

One component was prohibitive to ship by air, though. The costume’s collapsible frames have a lot of metal wire in them and are bulky, weighing in at 550 kg (1200 lb in freedom units) and occupying 1.6 cubic meters for 1000 pieces, including the boxes and a pallet. The volume and weight were too much for shipping by air, so I had 100 shipped by air so I could start selling earlier, and I had the rest shipped by boat. Since I didn’t have my own shipping company, I had the factory in China use one they were familiar with. This is called a freight forwarder, and they exist to help people get stuff from one place to another. I got a document called a Bill of Lading, which is a PDF that says “your stuff was put in container X on boat Y and is being handled by shipping company Z.” Then I heard nothing for a month.

There are a lot of terms in the shipping industry, and you’ll quickly be overrun with TLAs (Three Letter Acronyms). In my case, I was using LCL shipping, which is short for Less than Container Load. It’s not a big enough shipment to fill a 20′ or 40′ standard shipping container, so a shipping company will group a bunch of LCL orders together to fill a container, then handle the logistics of splitting it up when it arrives at the destination port. My destination port was Chicago.

Container ships crossing the Pacific don’t end up in Chicago, and it’s odd to think of Chicago as a port, but from a logistics standpoint it makes sense. There are Foreign Trade Zones in every state, and they represent the line across which duties must be paid. My container ship, with a capacity of over 8000 TEU, was the Harbour Bridge. A TEU is a Twenty Foot Equivalent Unit. When you see a semi hauling a container behind it, there’s a good chance it’s 40′ long, which is 2 TEU. The Harbour Bridge is like 4000 semi trucks driving across the Pacific at once. She went from a port in China to a port in Korea before going across the Pacific Ocean for about 3 weeks and arriving in Long Beach, CA. After that, my freight went “intermodal” which is fancy speak for “we won’t tell you if it’s on a train, a semi, or the back of a sherpa.” In the meantime, I knew it was eventually going to end up at a specific warehouse in Chicago.

When the ship arrived in Long Beach, I got a notification and an invoice. Until this time I had no idea how much it was going to cost to ship my cargo from China to my door. There were a few random fees, like a pallet fee (I bought a pallet!), but the interesting part of it was the cost of shipping. To get from China to Chicago (7000 miles) was $41. To get from Chicago to delivery in Madison, WI (only 150 miles) was $396.

The world is currently in a shipping glut. So many giant container ships have been built that there is far more capacity than demand, and shipping prices have tanked. Unfortunately for me, duties have not, and recently they’ve gotten worse.

The notification said that I needed to get my customs paperwork in order. I owed duties which needed to be collected. The shipping company told me to hire a customs broker to do this. I reached out to one and gave them all the paperwork I had, and searched for the appropriate tariff code which established the duty rate for my particular goods, and they gave me a large invoice that included many duties and some hefty charges for their efforts in filling out paperwork with information I got from other paperwork and filing it with the government. The second invoice included this, most of which I don’t understand:

The freight was in a warehouse and I had apparently paid $396 for it to be delivered to me. I now needed to submit a delivery order to them along with proof that I was cleared with Customs. In order to be able to deliver, they need to know when, if you have a loading dock, if you have a forklift, or if you require a thing called a liftgate, which is a mini elevator attached to the back of a semi. Basically, they need to know that when they arrive, you have the capabilities to remove the freight from their truck.

When the freight arrives at the warehouse, you have typically 5 free days of storage at the warehouse before they start charging you daily to keep it there. It turns out that a surprising amount of freight is just abandoned at this point, because the consignee (the person receiving the freight) can’t get it picked up in time, can’t pay, goes bankrupt, or the market changes and they can’t make any money off it. After what amounted to a breakdown in communication with the shipping company (it took them 4 of my 5 days to get back to me about some paperwork, and they couldn’t schedule delivery for the next day), I took it upon myself to rent a U-Haul, drive to the warehouse, and pick up the pallet of frames myself. It was definitely a window into the trucking industry, and after some struggles with the proper process, I managed to get my freight onto my rented vehicle and drive home, and later claw back some of the $396.

Please Somebody Do This Better

In the end I got my freight. It worked out somehow. It opened my eyes to the shipping industry, though. Most transactions are done with rudimentary PDF forms that are scanned and faxed and emailed back and forth, and everybody wants to exchange the same data, but on their special PDF. Heaven forbid if you don’t know their acronyms or their process, and they will make you pay dearly for any information asymmetry. Since so many companies have a hand in the transportation of the goods, it’s challenging to say who has taken care of the different parts of the process, so it’s largely left to the consignee to make sure everything is moving along.

I will probably do it again, but next time I’ll know more and be able to do it better. As a general guideline,

We’ve covered the challenges of shipping from China by air before, and a nice datalogger to get even more information about your shipment. Are there any hacks to get stuff from there to here without so much pain? Let us know in the comments!