Bell Labs can trace its roots back to Alexander Graham Bell himself. Taking the money from the French government’s Volta prize (about $270,000 adjusted for today’s dollars), Bell started a lab in Washington, D.C. called the Volta laboratory. Bell was very interested in sound and the deaf (you can hear an 1885 recording of his voice from the Smithsonian’s Volta collection, below). And there were other research labs at the time with AT&T and Western Electric. By 1925, Bell Labs formed in Manhattan to consolidate the various research efforts. By 1967, the headquarters moved to Murray Hill, New Jersey although there were facilities in many other areas, too.

Bell had a string of firsts, many of which won the researchers Nobel prizes. In 1937, for example, the prize in physics when to a Bell researcher for demonstrating the wave nature of matter. In 1956, the team behind the successful transistor won. In 1977 and 1978, the lab won in disparate areas: understanding the structure of matter and the discovery of the cosmic microwave background radiation. More recently, the lab’s researchers have won for cooling atoms with lasers (1997), explaining the fractional quantum Hall effect (1998), inventing charge coupled devices (2009), super-resolution fluorescence microscopy (2014), and optical tweezers in 2018. Optical tweezers. No kidding. See the video if you want to know more.

The Nobel isn’t the only prize Bell Labs scientists received. Five researchers have won three Turing Awards for topics ranging from error detection and correction, to Unix. Some of the lab’s significant work, too, never won a prize. Karl Jansky set the stage for radio astronomy while investigating why shortwave radio links were experiencing static. Early TV, speech synthesis, computers, cell phones, and more all came from the halls of Bell labs. Why not put it to music? Oh wait, someone from Bell Labs — well, technically Lucent — did back in 2000, and you really should watch it.

Bell wasn’t the only game in town. IBM has an active research organization. Until 1998, they published a technical disclosure that was a joy to read and breathtaking in its scope with topics ranging across many different scientific disciplines. The only remains of it are chopped up on a patent search website.

Lockheed Martin had its Skunk Works (named after a Lil’ Abner cartoon venue that made moonshine). That lab turned out the U-2, the SR-71, the F-117, and many other high tech airplanes — discussed in an interview about the efforts.

Skunk work had evolved into a generic term for these kinds of innovation labs. Typically, they are set apart from the normal company and have a streamlined bureaucracy. Usually they have a reduced drive to make money in the short term. This makes sense. It might take decades of research to come up with, say, a transistor, but look at the payoff from that. IBM’s version of the skunk work turned out the original IBM PC.

One differentiator among labs was if they handled their own marketing. IBM and Lockheed were able to bring their innovations to the market. Bell sometimes didn’t do that directly, but licensed the tech out successfully, in most cases. Then there was Xerox’s infamous PARC which invented modern desktop computing only to watch it get copied away — ironic, really, when you think of Xerox’s core business. Kodak developed — and ignored — the digital camera.

Death of the Lab

You don’t see nearly as much work happening in this kind of lab environment as you used to. Many companies have reduced or shut down this type of operation or have quietly shifted over to more mainstream approaches. Steve Blank wrote about this in Forbes back in 2014. His premise is that these labs are dying — and should die — because companies should know now they have to innovate continuously in today’s market.

I’m going to guess that Steve has a better business background than I do so you might want to take his word for it. But for the record, I disagree with his idea. 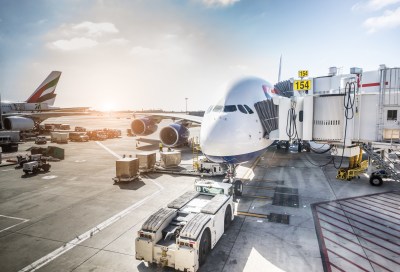 Consider boarding an airplane. Studies show that the way we board airplanes today is actually less efficient than just letting everyone get on whenever they can. Turns out that airlines like to have boarding classes to reward higher-fare customers or frequent fliers. But even then, you can mathematically come up with better boarding strategies. Why don’t airlines implement them? Simple. You can’t get people to actually obey them. If you fly much, you’ve doubtlessly seen people who try to board with the wrong group or — on Southwest — aren’t in numerical order. A few of those will destroy your carefully tailored boarding algorithm.

It is great to say that innovation shouldn’t be the purview of a technical elite in a company. The whole company should innovate all the time. Sure. If that were possible, then that sounds great. The problem is, you have to have a lot of elements in place to make that happen. The least of these elements is engineers to actually innovate.

Let’s face it. Not everyone is going to invent the next transistor or cellphone technology. That’s not bad. We need people of all skill levels. But they can’t all be working on pie in the sky. So our first job as CEO of our fictitious always innovating company is to find those people. Now we have to realize that you can’t predict your innovation. You can’t sit down and say, “Today I will invent something valuable!” So the finance people are going to have to understand that. So are the shareholders. There will be failures and dead ends. Our job as CEO is to explain all of those things to people who are driven to make money this week, this month, and this quarter. If we do our job right, maybe in 10 or 15 years we’ll have a big payday. Too bad the average CEO only holds the job for five years.

One thing Steve Blank said that I do agree with is that the skunk works is like a startup company inside a big company. In fact, we see a lot of modern innovation coming from very small companies with the help of venture capital. Of course, for every one of those that flies, a few dozen crash and burn. 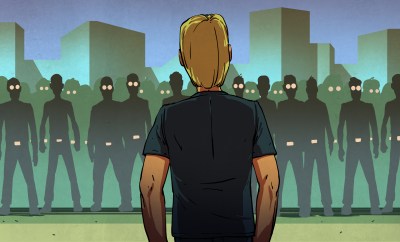 This is almost crowd sourcing of innovation. Let little guys try things. Some will fail. The ones that look good, get money and grow until someone buys them out. Not necessarily the most efficient thing and if you aren’t on the plus side of the equation, not a fun process. It is also difficult for a small organization to do pure research for decades, so I think this system will not generate the kind of advances we’ve seen in the past.

That’s why I’m not in favor of killing the in-house research teams. With the right vision, those teams can work on projects with time and resources you will probably never have in a small startup. Treat them as startups if you must, but you need the stability and resources of a big company without the profit pressure and bureaucracy. That’s getting harder to do, but the companies that can do it stand to win big. That’s not to say that startups don’t also have their place in innovation.

Either way, I think the idea that you are going to get a large 50,000 employee organization to innovate like a startup is difficult to imagine. Jeff Bezos has famously said treat every day like it is day one. He has probably done a better job at that than most. But you are never going to be able to maneuver an aircraft carrier like you do a PT boat. That’s why you have some of each.

Of course, a lot of startup companies begin with hackers — the kind of people who read Hackaday. Even more of them hire people we would think of as hackers very early. You have to wonder if that would help some of the corporate research? Of course, many of us don’t want to work for a big corporate overlord.

It might be worth a few tweaks to corporate culture — at least at the skunk works level — to accommodate the hackers. History is full of examples of agile hackers doing what the establishment can’t.

40 thoughts on “Bell Labs, Skunk Works, And The Crowd Sourcing Of Innovation”