Of the many well-known names in science, few have been as reluctant to stick to one particular field as Freeman John Dyson. Born in the UK in 1923, he showed a great interest in mathematics and related fields even as a child. By the time he was 15 he had won a scholarship at Trinity College, in Cambridge, where he studied mathematics. Though the war forced him to work at the Air Force’s Operational Research Section (ORS), afterwards he would return to Trinity to get his BA in mathematics.

His subsequent career saw him teaching at universities in the UK and US, before eventually ending up at Cornell University, where he joined the Institute for Advanced Study at the invitation of its head, J. Robert Oppenheimer. Here he would meet up with such people as Richard Feynman with whom he would work on quantum electrodynamics.

Beyond mathematics and physics, Dyson would also express great interest in space exploration — with Dyson spheres being well-known — and genetics, both in the context of the first formation of life and in genetic manipulation to improve plants to deal with issues today. He also worked on the famous Project Orion, which used nuclear bombs for propulsion.

In this article we’ll take a look at these and other parts of Mr. Dyson’s legacy, as well as the influence of his works today.

Back in the late 1940s, a lot was still being discovered about quantum electrodynamics (QED) as a relativistic quantum field theory of electrodynamics. Uniting quantum mechanics and special relativity, it describes the interactions involving electrically charged particles through the exchange of photons. It’s essentially the quantum counterpart of classical electromagnetism, describing the interaction of matter and light.

Starting with theories by Hans Bethe, and with subsequent papers by Shinichiro Tomonaga, Julian Schwinger, Richard Feynman, and Freeman Dyson, it was finally possible to develop a coherent, functional model of QED that would go on to serve as the template for subsequent quantum field theories, including quantum chromodynamics, which covers the strong interactions between quarks and gluons, which underlie hadrons such as neutrons and protons.

Dyson’s contributions consisted of proving that the diagrams Feynman had created to model the interactions were equivalent to the field-theory, operator-based approach by Schwinger and Tomonaga. As Dyson put it in a 2014 interview with Quanta magazine:

I didn’t invent anything new — I translated Feynman’s ideas into mathematics so it became more accessible to the world, and, as a result, I became famous, but it all happened within about six months.

Unfortunately Dyson did not share the 1965 Nobel Prize in Physics for these efforts on QED together with Tomonaga, Schwinger, and Feynman due to the limit of three scientists for a prize. His efforts were, however, seen as instrumental in making QED work.

The concept of nuclear pulse propulsion dates back to 1947 when Stanislaw Ulam pitched it. In the late 1950s DARPA created Project Orion, leaving General Atomics to design a nuclear pulse rocket. Freeman Dyson performed the first analysis of the types of missions that Orion would be capable of, including reaching Alpha Centauri, the closest star system to the Sun. His hope was to see affordable space travel to new colonies in the solar system.

Although a nuclear pulse rocket like the Orion fell out of favor, mostly on account of the expected complexities with the open detonation of nuclear bombs, the concept would eventually be revived. Project Daedalus was a 1970s study performed by the British Interplanetary Society to create an uncrewed interplanetary craft that would use deuterium/helium-3 fuel pellets, with an electron beam using the concept of inertial confinement fusion to produce thrust.

The Daedelus concept was further developed by NASA in the 1980s with Project Longshot, followed in the 1990s by research at Pennsylvania State University into antimatter-catalyzed nuclear pulse propulsion. At this point NASA and others are actively researching different types of nuclear propulsion for space craft.

Freeman Dyson was part of the design team for TRIGA, the Training, Research, Isotopes, General Atomics nuclear research reactor. This type of reactor is manufactured by General Atomics with the first, Mark I prototype commissioned on the 3rd of May, 1958 on the General Atomics campus in San Diego which remained in operation until 1997. It is now a historic landmark.

The TRIGA is a pool-type reactor that uses uranium zirconium hydride (UZrH) fuel which has a large negative fuel temperature coefficient of reactivity. This implies that as the temperature of the fuel increases, its reactivity (chain reaction) rapidly decreases. Because of this, it is a safe, melt-down proof research reactor that needs no containment structure. The TRIGA, mostly in its Mark II, III and other variants, is commonly used around the globe at universities and research institutes for isotope production and testing purposes.

Though usually referred to as Dyson spheres, Freeman Dyson’s original 1960s paper titled “Search for Artificial Stellar Sources of Infrared Radiation.” referred to these hypothetical structures as a ‘shell’, though he did not specify in detail what these structures would look like. He proposed that the increasing need for energy in a civilization would drive it to increasingly more advanced ways to obtain this energy, following the Kardashev scale.

Though this is by far the concept which has gotten him the most fame, with one Star Trek: The Next Generation episode featuring a Dyson sphere that enveloped an entire star, it’s perhaps rather ironic that this is the one concept which Dyson wished hadn’t been attributed to him. After all, it had been coined before by science-fiction writers as far back as 1937’s Star Maker by Olaf Stapledon. He didn’t care much for most interpretations of these structures, either, saying:

A solid shell or ring surrounding a star is mechanically impossible. The form of ‘biosphere’ which I envisaged consists of a loose collection or swarm of objects traveling on independent orbits around the star.

The simple reason for a solid sphere or shell being impossible or at least severely unrealistic comes down due to orbital mechanics. If an object, like a planet, is in an orbit around a star, it will stay there. If it’s an unmoving object like a solid shell, what reason is there for it to maintain from the star? Instead it will obey gravity and unless constant corrections are made, will destroy itself in the star as it collides with it.

Here the use of loosely coupled objects, in say a ring formation, could be in an orbit around the star, yet otherwise fulfill the requirements of a so-called Dyson swarm of independent structures. What these would look like is another question. They could be purely energy-harvesting satellites that would somehow send energy back to a nearby planet, or a civilization could also expand to live on those, in structures akin to an O’Neill cylinder. 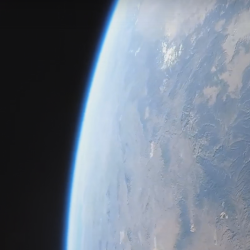 During the 1970s, Dyson would work with the Institute for Energy Analysis on climate studies, as well as on studies conducted by the JASON defense advisory group for the US government. At the time he could probably not have predicted that during the last decades of his life, he would end up in the cross-hairs of the global climate change controversy.

Even though Dyson himself had stated that to him the impact of human-made climate change was obvious, he disagreed with the stark warnings and predictions of doom that usually accompany it. In his 2007 essay titled ‘Heretical thoughts about science and society‘ he covers why, as a physicist and mathematician, he disagrees with the climate models being used today being treated as the sole truth. During the about seventy years that he worked in the scientific field, he has worked in teams with both those who are often out in the field — like biologists — and those who mostly work with theoretical models.

His ‘heresy’ is to question the assumption that we have all of the facts right now, that the models cover all important details and that increased CO2 in the atmosphere will absolutely lead to a disaster. As he says in his essay:

But I have studied the climate models and I know what they can do. The models solve the equations of fluid dynamics, and they do a very good job of describing the fluid motions of the atmosphere and the oceans. They do a very poor job of describing the clouds, the dust, the chemistry and the biology of fields and farms and forests. They do not begin to describe the real world that we live in.

In the rest of his essay he lists some conflicting arguments that exist today, as well as the lack of attention being paid to something unloved like top soil and what the world-wide loss of it could mean for the climate. Even though he’s not a meteorologist, as he points out, he’s comfortable with questioning where he feels the data is lacking, as he explained in a 2009 interview with Yale Environment 360.

Other Items of Interest

He would also pitch the idea for a Dyson tree, a hypothetical genetically engineered plant that could contribute to the biosphere inside of a hollowed-out comet, a self-replicating space craft called Astrochicken, and the Dyson Scenario, also known as Dyson’s eternal intelligence, which proposed a way to get around the heat death of an open (always expanding) universe.

The character Gordon Freeman in the Half-Life video game series is named after Freeman Dyson.

Freeman Dyson unfortunately suffered a fall in February of 2020 and died in hospital on the 28th of February from complications. At the age of 96 years, he had seen some of the biggest advances in science and technology, and contributed to a number of these advances. Although he didn’t live long enough to see his dream of humanity reaching out to the stars becoming a reality, his legacy will forever be with us.

By never being content with just sticking to one subject or particular field in science and always seeking a new puzzle to crack, he showed some of the best qualities that humanity has to offer. He was someone who was not afraid to dream and challenge himself to chase those dreams. He also showed a refreshing contempt for the rigid structure of academics by calling the PhD system an ‘abomination’, insisting that it is a meaningless piece of paper that does not show the true qualities of an individual.

Here is to a future that will exceed Freeman Dyson’s wildest hopes and expectations.

8 thoughts on “The Legacy Of One Of Science’s Brightest Stars: Freeman Dyson”