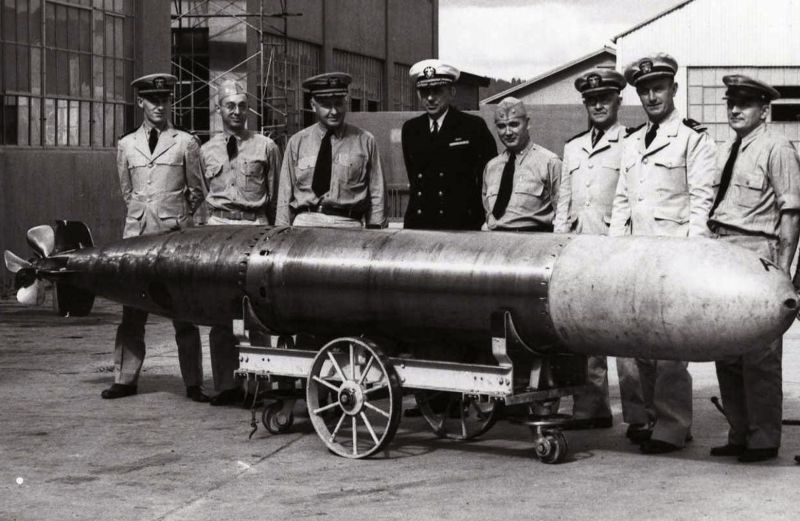 Data from the earlier war indicated that you got the most effect by detonating explosives underneath a ship. This was especially true since warships were adding torpedo blisters to absorb strikes along the hull. With a contact fuse, you would tend to explode on the hull somewhere along the perimeter of the ship’s envelope and a ship — especially one with blisters — was more likely to survive the strike.

Contact triggers were out and instead the torpedo would read the change in the magnetic field caused by the enemy ship’s hull and detonate under the ship, splitting the target in half. Unfortunately, the Earth’s magnetic field varies based on location and this made the new detonators unreliable. Some estimates are that the torpedo had at least a 50% fail rate in combat. In 1942, out of 800 torpedoes fired, 80% failed to do their job.

In the 1930s, this torpedo was as complicated as you could get. Clearly, you’d want to test this new design pretty exhaustively, right? The cost of the torpedo and some political wrangling thwarted testing that would have uncovered many problems. Cutbacks meant there was only one company making the torpedo, at a slow rate, and with little oversight. In 1937 the Naval Torpedo Station in Newport, Rhode Island employed 3,000 workers working three shifts and still only produced 1.5 torpedoes per day.

The the Navy’s Bureau of Ordnance not only produced a bad design but then failed to test. The real root cause for the high failure rate was this lack of testing.

The Mark 14 steam torpedo had the option of using a traditional contact detonator, or the magnetically triggered Mark 6 exploder, which was a marvel in its day.

Paradoxically, the Mark 6 was so secret that its manual was never printed and the original was locked away in a safe where it didn’t do anyone any good. It derived from German magnetic mines and that might have been part of the motivation for the secrecy. Oddly enough, you can read some of the manuals online now. The Mark 14 maintenance manual is pretty interesting.

Despite the promise of the new technology, in war crews noticed the new torpedoes were either exploding too early or going too deep. The Bureau of Ordnance dismissed reports that the torpedoes were not effective, blaming the crews for not operating the devices correctly.

That Nobody Can Deny 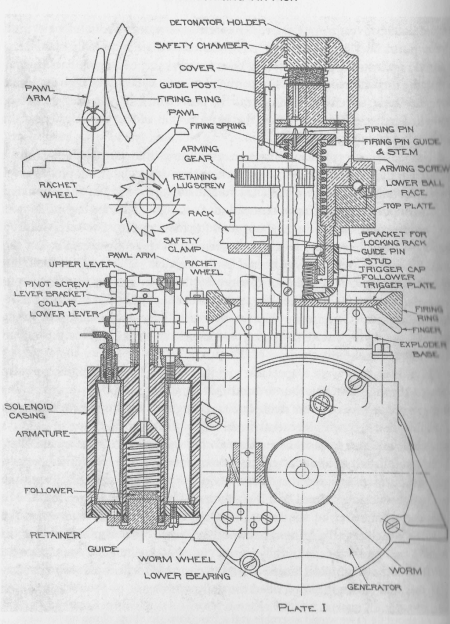 The little official testing conducted before production was done with a light dummy torpedo. When post-production testing finally took place they showed the torpedo was running deep. Naturally the dummy didn’t sink as far as a fully-operational torpedo in the previous tests.

Faced with direct evidence that the torpedoes were failing, the Bureau finally conceded there was a design problem with the depth mechanism. It would turn out that in addition to the depth problem, the magnetic detonator was too sensitive. There was a backup contact detonator, but it used a firing pin that often failed when it hit enemy ships. That was odd since the system had worked on earlier torpedoes.

The Mark 14 was faster, so striking a ship involved more force than before and it was enough to bend pins in the firing pin block. The designers apparently noticed this early in the design and added stronger springs, but as the torpedo’s maximum speed increased the new springs were not enough and there was no further testing.

One quick fix for the firing pin problem was to machine down lightweight aluminum alloy to make a stronger and lighter firing pin. Oddly enough, some of the material they used was from Japanese planes shot down over Pearl Harbor.

This is a sad story that has been repeated many times since then. Budget and schedule pressures short cut technically sound judgment. Then no one wants to admit that there is a problem because that would look bad. As engineers, we should sound the alarm when things are not done right and management should be willing to take a hard look at the cost of doing it right versus the cost of having to redo it later.

The hero of this story, by the way, is Charles “Swede” Momsen. He was an engineer who had proposed the submarine rescue chamber and developed the Momsen lung, which was not entirely successful. When the commander of the Southwest Pacific submarine fleet decided to solve the problems with the Mark 14, he turned to Swede. He carried out the tests that should have been done during development.

The other heroes are the crews that managed to work around these problems as best they could. Despite the Bureau ordering the exploders to have painted screw heads to deter tampering, crews found matching paint and removed them anyway. We’ve seen a lot of ingenuity like that during war. Not the least, of course, is hacking foxhole radios.

We know not everything we work on is a life or death project. But when people do depend on your work to either behave or not behave in a certain way, saving money on testing often goes badly in the worst way. That’s the lesson of the Mark 14, the Mars Climate Orbiter, autonomous vehicle crashes, or a failed software update bricking devices.

As you might expect, this story has been told many times. I liked [Drachinifel’s] video about the history of the Mark 14. Some people don’t think the real impact of the torpedo issues were as great as reported, but I imagine if you were on a sub crew effectively firing blanks, you might not agree. [Military History Not Visualized] has an interesting video about the real impact of the failure on the course of the war.

70 thoughts on “The Mark 14 Torpedo — When Just About Everything Goes Wrong, Even The Testing”