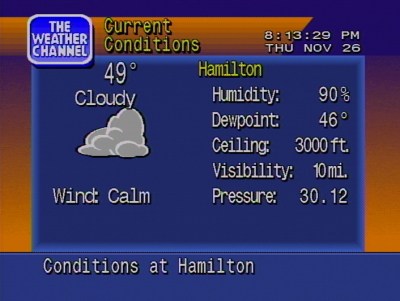 The trouble is that the WeatherSTAR 4000 was designed to get all its software as part of the satellite downlink that provided the actual weather data. The machine has no mass storage, so all of its software was stored in RAM. Once the box was switched off, all that precious code was lost forever. 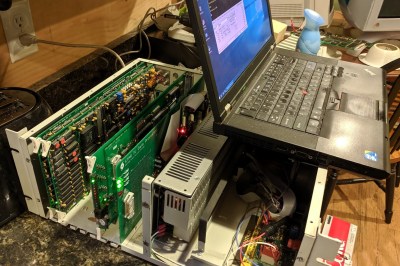 Despite his best efforts [techknight] was unable to find anyone who’d ever managed to capture the data stream going into one of these boxes, and as this generation of hardware hasn’t been used since 2014, it’s not as if he can break out an SDR and record it himself. To make a long story short: he was on his own.

What followed is easily some of the most impressive reverse engineering work we’ve ever seen. It took months of painstaking labor just to buzz out the boards and create new schematics, and after that he still had to wrap his head around the PALs and early FPGAs scattered throughout the machine without so much as a scrap of original documentation.

At the time of this writing, [techknight] is still writing up the earliest phases of the reverse engineering process with a new post or two each day on the project page. It’s going to be awhile before he covers everything, especially considering how deep he dives into each post, but we’re certainly not complaining. If you’d like to see his current process, he’s always showing the revived WeatherSTAR off on social media.

If you just wanted to relive those Local on the 8s memories, naturally you’d be better off with a Raspberry Pi and a bit of Python. But there’s something to be said for having the original hardware, and as he now has the distinction of owning what’s likely the only operational WeatherSTAR 4000 on the planet, we’re sure [techknight] doesn’t regret the time he poured into this incredible project.

[Thanks to trhodes for the tip.]