So if plastic bottles are such a handy products, why are we seemingly so bad at recycling them? At fault is their low density, there’s very little plastic in a typical drink bottle for something that takes up quite a lot of space even when crushed. Handling them requires significant infrastructure, and as a result in many cases they end up either discarded as litter or entering the regular trash stream. In Germany they take a different approach to the recycling problem by applying a deposit to each bottle and re-using them, thus German plastic bottles are much thicker-walled than those in use elsewhere. This however requires both the political will to mandate it and a nationally-organised bottle handling industry to service it, something few nations are likely to embrace.

PET bottles suffer from one problem though that isn’t shared by their glass equivalents, they are gas-permeable. I learned this to my cost when I was much younger, when I made a batch of cider in plastic bottles it turned into vinegar over a few months as small quantities of air were able to make it through the plastic. If you leave a carbonated drink for long enough in its bottle it will eventually lose its fizz, so there’s a lower limit on the thickness of their plastic that doesn’t apply for short-shelf-life products in Tetra-Paks such as that milk or juice. So whatever paper bottle the soft-drink giant comes up with must be gas-tight enough to preserve the fizz as well as robust enough to survive transport and hold the CO2 pressure from the drink.

Paper with a Plastic Lining 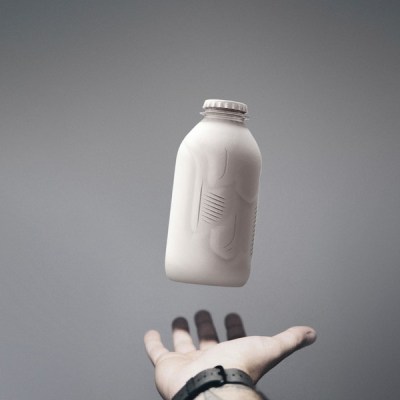 The bottles they’re evaluating come from a Danish company, PABOCO. They promise a sustainable polymer vapour barrier and a wood pulp bottle shell strong enough to take the knocks, and we suspect that the “Mobile connectivity to engage consumers to understand and ensure an afterlife” will probably be a QR code to connect with the bottle spirit world.

Right now that’s just a promise from the company. The current revision of the container technology uses a “a preliminary plastic barrier film”. Given that existing paper-based cartons can present a significant recycling challenge due to their inseparable composite nature, we hope that one recycling problem won’t simply be replaced with another.

However, the plan is to further develop the technology and replace that plastic barrier:

The first-generation concept will be partly renewable and fully recyclable, but it is the next and following paper bottle generations barriers that will create a truly sustainable alternative.

We’re looking forward to the first paper bottles reaching a retail shelf so we can have a look for ourselves.