This week marks the twenty-five year anniversary of the demise of Commodore International. This weekend, pour one out for our lost homies.

Commodore began life as a corporate entity in 1954 headed by Jack Tramiel. Tramiel, a Holocaust survivor, moved to New York after the war where he became a taxi driver. This job led him to create a typewriter repair shop in Bronx. Wanting a ‘military-style’ name for his business, and the names ‘Admiral’ and ‘General’ already taken, and ‘Lieutenant’ simply being a bad name, Tramiel chose the rank of Commodore.

Later, a deal was inked with a Czechoslovakian typewriter manufacture to assemble typewriters for the North American market, and Commodore Business Machines was born. Of course, no one cares about this pre-history of Commodore, for the same reason that very few people care about a company that makes filing cabinets. On the electronics side of the business, Commodore made digital calculators. In 1975, Commodore bought MOS, Inc., manufacturers of those calculator chips. This purchase of MOS brought Chuck Peddle to Commodore as the Head of Engineering. The calculators turned into computers, and the Commodore we know and love was born.

END_OF_DOCUMENT_TOKEN_TO_BE_REPLACED

Does your pet get distressed when you’re not home? Or, perhaps their good behaviour slips when you’re not around and they cause a ruckus for the neighbours. Well, [jenfoxbot] has just such a dog, so she built a ‘bark back’ IoT pet monitor to keep an eye on him while she’s out.

The brains and backbone of the pet monitor is the ever-popular Raspberry Pi 3. A Sparkfun MEMS microphone breakout board listens for any unruly behaviour, with an MCP3002 analog to digital converter chip reading the mic input. Some trial-and-error coding allowed her to set a noise threshold that — once exceeded — will trigger an audio file, shushing her dog. It also logs events and uploads any status updates to a CloudMQTT server to be monitored while away from home. Her Imgur build album can be found here, and the GitHub project page is here if you want to build your own!

Check out the demo video after the break, that was probably confusing for her good dog, Marley.

END_OF_DOCUMENT_TOKEN_TO_BE_REPLACED

ColorFabb’s XT-CF20 is one of the more exotic filaments for adventurous 3D printerers to get their hands on. This PETG based material features a 20% carbon fiber content, aspiring to be the material of choice for tough parts of high stiffness. It’s a fascinating material that’s certainly worth a closer look. Let’s check it out!

END_OF_DOCUMENT_TOKEN_TO_BE_REPLACED 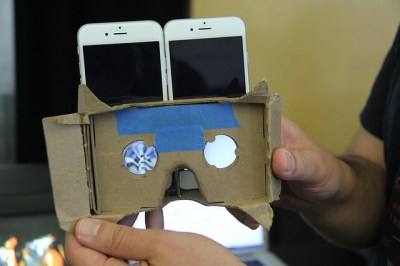 Microcontrollers are getting faster and faster, as is most of the rest of the computing world. Just like you can play Nintendo console games on the newest Nintendo handhelds, it seems that modern microcontrollers can replace CPUs on personal computers from the 80s. At least, that’s what [Dave] has shown with his latest project: an Atmel microcontroller that directly attaches to the CPU slot on a Commodore PET.

Essentially, the project started out as a test rig of sorts for the Commodore. [Dave] wanted to see if some of the hardware on the Commodore was still functional and behaving properly. From there, it somewhat snowballed. The address bus was easy enough to investigate, but adding only a few more pins on the microcontroller he was already using would be enough to access the databus too. A character table was soon added, a test algorithm, and more useful insights. It’s a masterful manipulation of this older hardware with modern technology and is definitely worth a look.

There’s a lot more going on in the retrocomputing world than meets the eye. One might think these old computers were all in landfills by now, but there is a devoted fanbase that does everything from building new hard drives for old computers or investigating their true audio-visual potential.

Thanks to [Mike w] for the tip!