On a recent walk through the Hawaii Volcanoes National Park, [Andrew Cooper] stumbled upon an unlocked monitoring station. Being an engineer, he couldn’t resist taking a look. This station is one of a network of sulfur dioxide (SO2) monitoring stations installed around the park to keep an eye on volcanic emissions. Unsurprisingly, sulfur dioxide is unhealthy to breathe. Sensors like these keep people informed about local conditions before taking their strolls among the volcanic foothills, enjoying gorgeous vistas as [Andrew] describes it. 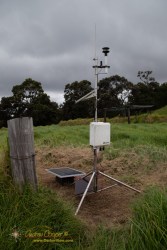 [Andrew] wasn’t particularly surprised at the contents of the station, since he builds similar equipment in his day job. Continuous power is provided by lead acid batteries kept charged by an array of three mis-matched solar panels. There are duplicate SO2 monitors, an air particulate meter, and a standard weather station affixed to the top. Data is logged on-site and reported up the chain by a cell-phone modem. [Andrew] wasn’t impressed with the workmanship, noting:

It appeared as if the circuits were wired by a ham-handed grad student with no sense of pride in their work.

Tracking the atmospheric SO2 levels near volcanoes not only helps hikers and park rangers plan their outdoor activities. Gaseous emissions from volcanoes are one of a number of measurements that geologists rely on to monitor and predict volcanic activity, as this sketch from the USGS website depicts. 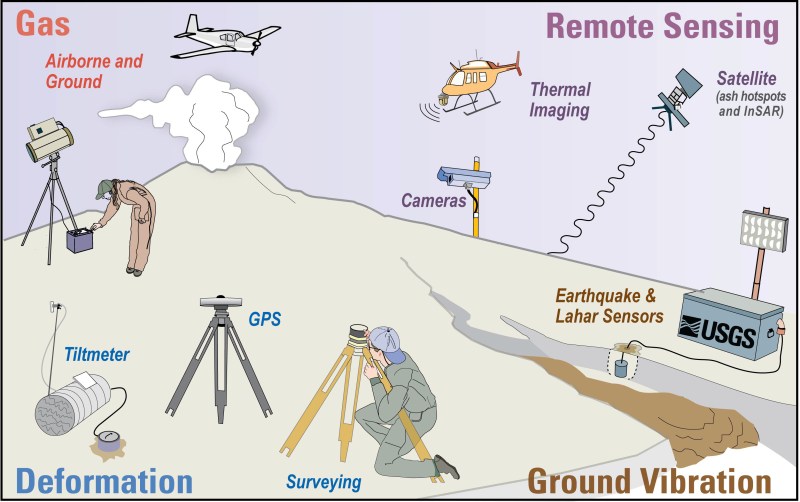 Have you worked on any projects involving unattended monitoring stations like this, or encountered them in the wild like [Andrew]? Let us know in the comments below.

21 thoughts on “Peeking Inside A Volcano Sensor”