Okay, we’re not running out. We actually have tons of the stuff. But there is a global supply chain crisis. Most of the world’s magnesium is processed in China and several months ago, they just… stopped. In an effort to hit energy consumption quotas, the government of the city of Yulin (where most of the country’s magnesium production takes place) ordered 70% of the smelters to shut down entirely, and the remainder to slash their output by 50%. So, while magnesium remains one of the most abundant elements on the planet, we’re readily running out of processed metal that we can use in manufacturing.

But, how do we actually use magnesium in manufacturing anyway? Well, some things are just made from it. It can be mixed with other elements to be made into strong, lightweight alloys that are readily machined and cast. These alloys make up all manner of stuff from race car wheels to camera bodies (and the chassis of the laptop I’m typing this article on). These more direct uses aside, there’s another, larger draw for magnesium that isn’t immediately apparent: aluminum production.

But wait, aluminum, like magnesium is an element. So why would we need magnesium to make it? Rest assured, there’s no alchemy involved- just alloying. Much like magnesium, aluminum is rarely used in its raw form — it’s mixed with other elements to give it desirable properties such as high strength, ductility, toughness, etc. And, as you may have already guessed, most of these alloys require magnesium. Now we’re beginning to paint a larger, scarier picture (and we just missed Halloween!) — a disruption to the world’s aluminum supply.

Where Magnesium Comes From

Before we get into all the gloom and doom, let’s start with a look at where we actually get Magnesium from. We’ve already established that we can’t just pull a chunk of it out of the ground and throw it on a CNC, but what happened to it on its journey from the dirt to the body of my camera?

Well, first off, its journey doesn’t always start in the dirt. Some of it comes from the ocean. It turns out that sea salt brine is a great source of magnesium chloride. To extract the magnesium, water is evaporated to form magnesium chloride anhydrous, which as you may have guessed is just a fancy term for, well, dry magnesium chloride. It’s then heated until it melts and electric current is passed through the molten salt, ripping the magnesium and chlorine ions apart. I think we need to pause a moment here to consider how *ahem* metal this sounds — electrocuting lava to break it down into metallic magnesium and gaseous chlorine! 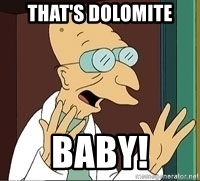 Magnesium can also be extracted from Magnesite (mostly found in Russia, North Korea, and China) and Dolomite (found worldwide, and commonly mined in the US, Canada, and Switzerland, among other nations) ore. The ores are mined, and then crushed into dust and heated before being mixed with seawater. This separates out magnesium hydroxide from the rest of the bits of rock. The magnesium hydroxide can be heated along with some chlorine to yield magnesium chloride, and that can be processed with the seawater method above.

The last method we’ll discuss is the least efficient, and ironically, the most commonly used. Known as the Pidgeon Process and named after it’s inventor, Dr. Lloyd Pidgeon, the process consumes more energy and requires more manual labor to produce the same mass of magnesium as the others. It’s the dominant process used for magnesium production in China, where energy and labor are both cheap. It involves the reduction (time to think back to those redox reactions from chemistry class) of calcined dolomite pellets in a furnace under a vacuum. Eventually, metallic magnesium begins to crystalize, and can subsequently be melted down into an ingot. This process generally requires workers to manually empty and refill the magnesium tanks at the end of each cycle (which lasts approximately eleven hours).

Now that we’ve got our piping-hot magnesium ingot, let’s take a moment to talk about alloys a bit more in-depth. An alloy is a solution of different elements, usually mixed together while molten and allowed to cool into bars of the metals we know and love. Almost all metals we use in engineering are alloys; it’s exceedingly rare to use one in its pure elemental form. The only two examples that come to mind immediately are copper (which is sometimes used in its elemental form for electrical and thermal conductors) and titanium, which can be sold and used in sheets and bars as “CP” or Commercially Pure. In most cases though, we want to add a little something special to help give the metal desired properties.

There are a ton of magnesium alloys out there, and I’m not going to bore you by just listing them all, but we can at least talk about a few of the common metals added to form them (known as alloying elements). Aluminum zirconium, zinc, and thorium are common mix-ins. They allow the alloy to be precipitation hardened — a heat treating process that forms microscopic regions called precipitates that impede the motion of metal grains, effectively making the whole piece of metal harder. Other common alloying elements are tin (which makes the magnesium more castable) and manganese (which can improve resistance to corrosion, something that magnesium is very susceptible to).

When magnesium is added to aluminum, it improves the strength of the material. This allows engineers to design lightweight, high-strength parts. In fact, almost all common aluminum alloys contain magnesium — and it’s a must for alloys favored by the automotive and aerospace industries.

We’ve established just how much we need magnesium, so what happens when we can’t get it? If the factories in China stay shut down for much longer, that’s a reality we may be facing. Auto makers will do what they can to get their hands on suitable aluminum, but there may not be enough to go around and some experts believe that this could cause car assembly lines to grind to a halt until the upstream supply chain is back in order.

It isn’t only cars that would be in short supply. Consumer electronics production could suffer as well (as if the global chip shortage wasn’t already enough). The ramifications will be far-reaching and you’re likely to feel them even if you aren’t planning on buying a new car or laptop next year. Magnesium and aluminum prices have been increasing, and even smaller fabrication shops have started stocking up on materials that they worry won’t be available in a few months. It may be a good time to think about alternatives for that machined aluminum enclosure you were going to design for your latest project.

93 thoughts on “Magnesium: Where It Comes From And Why We’re Running Out”