With 2022 off to a good start, it is about time to let go of all those New Year’s resolutions that didn’t quite work out. The scale’s needle didn’t reverse, our nails are still bitten, and we are still binge-watching Breaking Bad instead of reading the classics. But, of course, there’s always the future where we just know we’re going to stick to our resolutions. Besides, the future will be replete with fat-eating nanobots, 3D printed nails every morning, and a pill you can take that will make you remember reading Ulysses.

Predicting the future is fraught with peril, which is why launching a new company or product is so risky. However, there have been a few prognosticators that have made some impressive forecasts. For example, in 1922 popular (if not critically acclaimed) author W. L. George wrote a piece for The New York Herald titled “What the World Will be Like In a Hundred Years.” Since May will see that piece’s 100th anniversary, let’s see how he did. 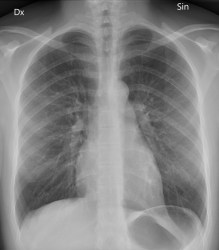 George comments on the revolution of the X-ray and predicts that by 2022 there will be many new “rays.” This was a common trope in science fiction, from death rays to shrink rays, but we aren’t convinced there have been many new rays in the technical sense. However, we do have a lot of new imaging technology that a person of George’s time might see as rays — think MRI or PET scans, for example.

So while a prediction of rays is not quite spot on, some of the other predictions are pretty good. George writes, “commercial flying will have become entirely commonplace.” Well, perhaps less commonplace since the pandemic, but point goes to George on that one. He predicts that planes will go from London to New York in 12 hours. Turns out, it is closer to 8 hours, even on a conventional jet, and much less if you have a supersonic plane. George correctly predicted this would transform the business of horses, ocean liners, and railroads along with the rise of truck-based transportation. Pretty good.

His prediction that in 2022 there will be no wires in the sky because of wireless phones is almost true. We still see wires, but fewer of them and wireless phones are now the norm, not the exception. Perhaps he’d read some of Tesla’s work because he mentions the possibility that even power will go wireless, although he doesn’t sound convinced.

Speaking of energy, he notes that coal and oil won’t be exhausted but will be in short supply. He predicts that power will be shifting to tides, sun, and “radium” meaning atomic power.

Entertainment in 2022 would have moving images on a screen with natural color and sound. It wasn’t the death knell for live performances that George predicted, but it certainly made a difference in that area. There will be more leisure time, too, because of a reduction in coal and tobacco smoke. He also predicted the acceptance of birth control and women joining the workforce en masse and holding nearly any position they wanted, although he predicted there would still be some inequality as he didn’t expect something so deeply rooted in society to change in only 100 years despite his desire for equality.

Some of the predictions missed by a mile, though. Neighborhoods didn’t form cooperatives to hire domestic help. Our houses are not made of easy-to-replace paper mache. We don’t eat our meals in the form of pills — at least, not most of us. We also don’t live in enclosed cities.

Some predictions are closer but not quite. His prediction of 240 million people in the US is off by over 100 million. He also predicts that the complete settlement of the United States will result in a loss of opportunity and cause the population to become less “enterprising” settling on a 7-hour workday.  Not around here, although maybe in some places, the workweek is shrinking, grudgingly.

Of course, he missed a few things completely. Computers, for one. All the things that come from computers like social media, online universities, robots (even smoking ones like the one below), and teleconferences. Polymers and additive manufacturing. There is no mention of space travel. Or the push to create more food to feed a growing world population. Still not a bad record.

So what do we think will be in the year 2122? Quantum computers, surely. We suspect, though, they may not be as useful as we think they will be but they will probably be useful for things we don’t currently suspect. Maybe artificial intelligence will make some breakthroughs, but what we have today is little more than a cheap parlor trick compared to the intelligent computers we imagine in fiction. Anything serious won’t be an extrapolation of what we have today, but something completely different. Same for virtual reality. It needs a breakthrough if it doesn’t want to be just a fad or a niche technology. 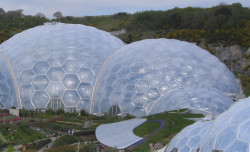 We think some of George’s misses may yet come true. Enclosed cities will be a given once we leave Earth and may see some adoption on the planet, too, eventually. (We have some small-scale examples like the Eden project seen in the picture.) Work is getting shorter. We can’t tell if the pandemic effects will fade away as other pandemics have or if we are going to see society shift in ways to make another one harder. For example, maybe in 2122, you’ll always wear a mask in public just in case?

We presume energy will be a solved problem in 100 years, at least by our standards. There will be, of course, new problems like wind farms changing weather patterns or something like that. We imagine waste disposal will still be a concern and maybe even worse than it is today. And, like George, there’s probably a host of things we just can’t imagine. DNA surgery to change your hairline, hair color, or cure a disease? Replicators that can copy objects or create them from a design pattern? That could significantly impact transportation, economics, and a host of other things.

Even as late as 1970, it was hard to imagine what a computer would do in someone’s home. By 1980, common wisdom was that everyone would have a computer, but there was little agreement on what we would do with them. Today, it is clear that what drove the true universal adoption of computers was their ability to connect us to other people. You could make the same argument for the success of cell phones. So if we had to bet on new things, we’d bet on the things that connect people to one another in useful or interesting ways.

We’ve looked at other prognosticators like Edward Bellamy and Hugo Gernsback. Movies are also infamous for bad predictions. What are yours?

73 thoughts on “Predicting The Future: How’s That Working Out?”