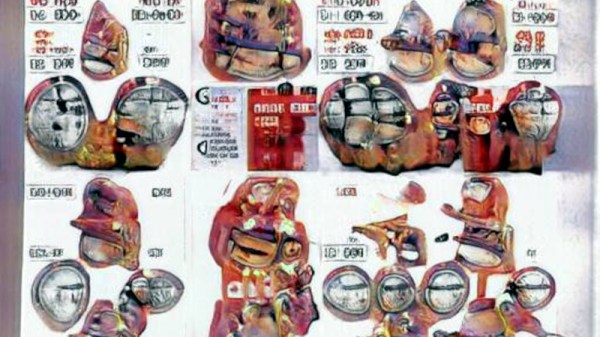 If you live outside the UK you may not be familiar with Argos, but it’s basically what Americans would have if Sears hadn’t become a complete disaster after the Internet became popular. While they operate many brick-and-mortar stores and are a formidable online retailer, they still have a large physical catalog that is surprisingly popular. It’s so large, in fact, that interesting (and creepy) things can be done with it using machine learning.

This project from [Chris Johnson] is called the Book of Horrors and was made by feeding all 16,000 pages of the Argos catalog into a machine learning algorithm. The computer takes all of the pages and generates a model which ties the pages together into a series of animations that blends the whole catalog into one flowing, ever-changing catalog. It borders on creepy, both in visuals and in the fact that we can’t know exactly what computers are “thinking” when they generate these kinds of images.

The more steps the model was trained on the creepier the images became, too. To see more of the project you can follow it on Twitter where new images are released from time to time. It also reminds us a little of some other machine learning projects that have been used recently to create short films with equally mesmerizing imagery. END_OF_DOCUMENT_TOKEN_TO_BE_REPLACED