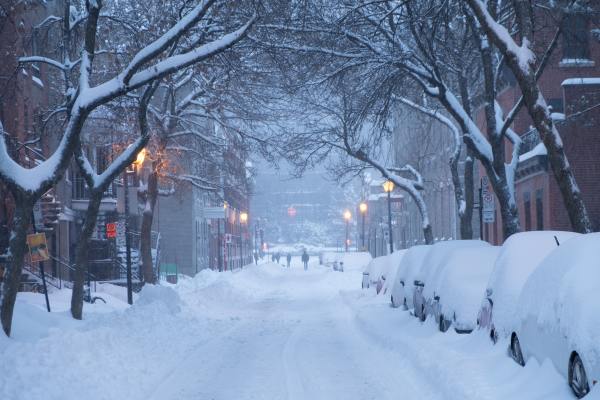 Every winter, millions of tons of rock salt is sprinkled across roads in the US, mostly in the Midwest and Northeast regions. It’s a cheap and effective way to prevent accidents. Rock salt is chemically the same as the stuff that sits next to the pepper, except it isn’t as finely ground, and it doesn’t have sodium or potassium iodine added to it to prevent goiters. Both table salt and rock salt melt ice by lowering the freezing point of water. So does sugar.

Much of what we salt the Earth with every winter comes from underground networks of salt crystal that formed when various ancient seas dried up. As natural as it may be, rock salt is bad for the environment. For one thing, chloride is forever, and can’t easily be decoupled from the soil and water it taints when it washes away. Rock salt also corrodes concrete, makes its way into the groundwater, and is bad for pets. Worst of all, its efficacy drops along with the temperature. At 15° F (-9° C), rock salt loses more than 86% of its melting power.

All this salt is not great for cars, either — it’s bad for the paint and eats up the frame. In the saltiest parts of the US, aka The Salt Belt, cars only last a handful of years before they become Flintstones mobiles. Well, not really, but salt is terrible for the brake lines and most of the undercarriage. Consumer woes aside, there’s a real environmental impact to manufacturing all these disposable cars to meet the demand.

But the problem is that we need to use salt, or at something like it. Even though millions of people are staying home a whole lot more, the trucking industry still relies on salted highways and local roads. So if you like stocked grocery stores and stuff arriving from the Bezos Barn in a timely fashion, you can see the problem. So what are the alternatives? Are there any?

END_OF_DOCUMENT_TOKEN_TO_BE_REPLACED 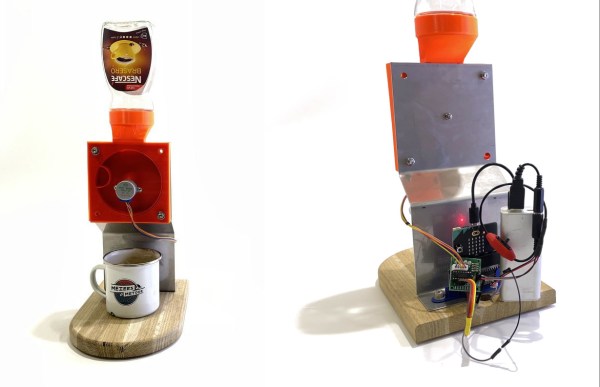 Good coffee is nice to have, sure, but frankly, caffeine is caffeine and we’ll take it any way we can get it. That includes freeze-dried, if that’s all you’ve got. We won’t judge anyone for their taste in caffeinated beverages, and to call this coffee dispenser ‘totally useless’ is just patently untrue. It clearly has a use, and even if you don’t like freeze-dried coffee, you could sacrifice one jar worth of Nescafe and fill it with Skittles or anything else that will fit in the little collector basket.

In this machine, the cup is the trigger — the 3D-printed plate underneath activates a micro switch embedded in the scrap wood base, and this triggers a micro:bit around back to actuate the stepper motor that twirls the collector basket around. Although [smogdog] has provided all the files, you’d have to come up with your own connector to suspend the thing over the cup and carve your own base.

We love it when we can see what a machine is doing, so not only is it useful, it’s beautiful. And it worked, at least for a little while. For some reason, it keeps burning out stepper motors. Check it out in proof-of-concept action after the break.

We’ve seen the Micro:bit do a lot, and this pinball machine is among the most fun.

END_OF_DOCUMENT_TOKEN_TO_BE_REPLACED 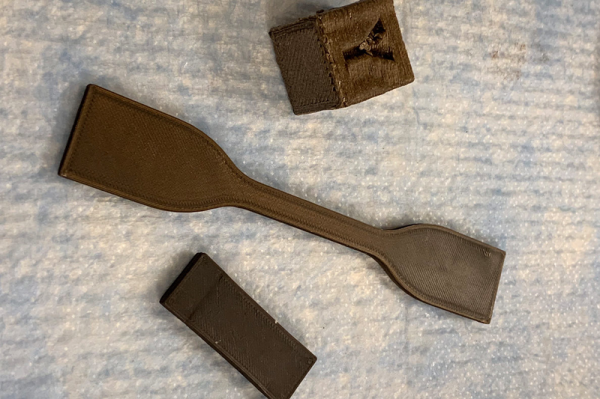 END_OF_DOCUMENT_TOKEN_TO_BE_REPLACED

This jamming gripper design is the simplest we’ve seen so far. It uses a syringe to generate the suction necessary for the orange appendage to grip an object.

As with previous offerings this uses coffee grounds inside of a balloon. When pressed against an object the grounds flow around it. When a vacuum is applied to the balloon those grounds are locked in place, jamming themselves around the item for a firm grip. About a year ago we saw a hardware-store grade design which used a vacuum pump for suction and a shower head as the gripper body. This time around the plastic syringe serves as both.

The plastic tip was cut away and the resulting hole covered with a cloth to keep the coffee in place. After installing the coffee-filled balloon the grip can be operated by pulling the plunger to lock the grounds in place. It’s not going to be as easy to automate as a pump-based rig. But if you just want to toy with the concept this is the way to go.

END_OF_DOCUMENT_TOKEN_TO_BE_REPLACED This is the simplest version of a jamming gripper that we’ve seen yet. The only component that might not be readily available is the pump in the upper left, but the rest is all hardware or grocery store stuff. It’s based on the concept we saw from a research video where the air in a bladder full of coffee grounds is removed to grip an item. In this case the bladder is a party balloon which is held in place by parts from a cheap shower head. A theaded-to-barbed right angle connector makes it easy to connect the vinyl tubing up to the pump.

The video after the break shows that this works quite well for small items. But we see a lot of downward force is exerted to firmly embed them in the grounds. We’re not sure if this is par for the course, or if it would work a bit better if more air were in the bladder initially. This other jamming gripper build uses a servo to release pressure from the system, and we think that might be of help here too.

END_OF_DOCUMENT_TOKEN_TO_BE_REPLACED