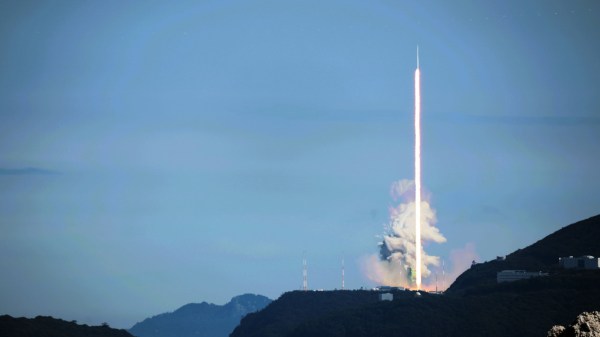 South Korea’s domestically developed KSLV-2 “Nuri” rocket successfully placed six payloads into low Earth orbit Tuesday, after lifting off from from Naro Space Center at 4 PM KST. This follows an earlier attempt in October which failed to reach orbit after the booster’s third stage engine shutdown prematurely. The flight followed an initial trajectory over the East China Sea, after which the upper stage steered out towards the Philippine Sea, finally placing the payload in the desired orbital inclination of 98 degrees. This less-than-ideal path wasted energy, but ensured that the first and second stages fell into the ocean and not onto people. Success was confirmed shortly after launch as the vehicle passed over South Korea’s King Sejong Station in Antarctica.

The payload on this test flight was primarily a mass simulator of 1.3 metric tons, but a small Performance Verification Satellite (PVSAT) was included, for a grand total of 1.5 metric tons. The PVSAT itself monitors vehicle performance, but also serves as a carrier for four CubeSats. These were developed by engineering teams at various local universities and will be deployed in the coming days.

If you’re inclined to track these, the launch has been given COSPAR ID 2022-065 and the first three objects (third stage, dummy mass, and PVSAT) have been assigned the NORAD catalog numbers 52894, 52895, and 52896. It’s too early to tell which is which at this point, but as more data about their respective orbits are collected, it should be possible to tell them apart. The next four catalog numbers, 52897 – 52900, have been reserved for the CubeSats once they are released.

With this launch, South Korea has become the 10th nation to put a payload into space using its own domestic technology, and the 7th to loft a payload of more than one ton to orbit — joining the ranks of the United States, Russia, Japan, China, France, and India.

END_OF_DOCUMENT_TOKEN_TO_BE_REPLACED 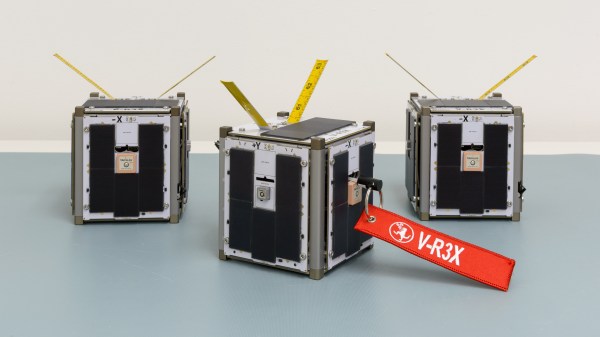 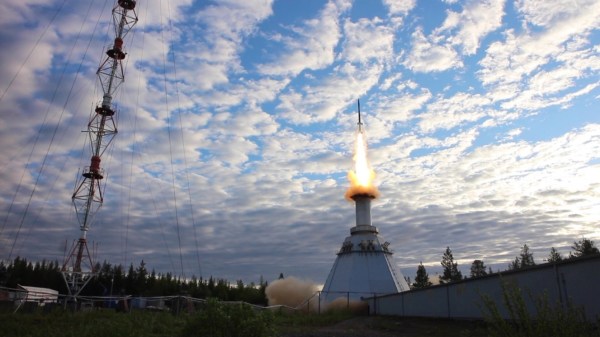 Just two weeks ago, the crew from the International Space Station released a photo of their nine crew members – an odd number considering that the facility only has space to house six astronauts at a time. In fact, the crew had just gathered for a celebratory dinner before three of the astronauts were to return home. The new astronauts joining including Hazza Al Mansouri, the first astronaut from the United Arab Emirates (who has since returned from his mission), as well as astronaut Jessica Meir and cosmonaut Oleg Skripochka.

Amidst the excitement over the upcoming 10 (!) spacewalks in the next three months, there’s also been some cool developments in the open source space, with one of the first ESP32s launched into space.

[Nico Maas] from the Microgravity User Support Center (MUSC) at DLR (German Aerospace Center) worked on an experiment launched by MORABA (Mobile Rocket Base) at DLR. The launch site was at the Esrange Space Center in Kiruna, Sweden, with the mission launching on June 13, 2019 at 4:21 am local time.

The experiment – APEX (Advanced Processors, Encryption, and Security Experiment) was onboard the ATEK / MAPHEUS-8, mission, rising to an altitude of 240km into space and returning back to earth after six minutes of microgravity.

The goal of the research was to develop an off-the-shelf computer with a more powerful system for high-speed sensors and image acquisition than the Microchip ATmega328P, the current standard. The flight test measured the speed of the system as well as stress testing its ability to handle compute-intensive tests.

Prior to the experiment, the standard for on-board computers for use in CubeSats was the ATmega/Arduino-based ARDUSAT. Since it was first made available for use in CubeSats in 2013, the performance has become limited, with improvements needed to perform higher throughput data sampling or operations requiring more computational power.

It’s also cool to note that the system, built using a 3D-printed holder, survived the re-entry (reaching up to 20.6g) with hardly a scratch.