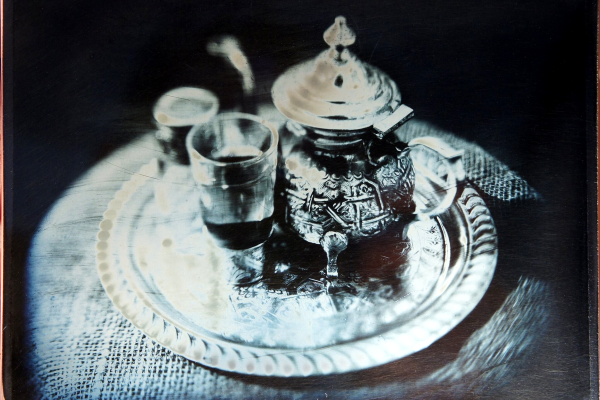 The Daguerreotype was among the earliest photographic processes, long before glass plates or film, that relied on sensitizing a thin layer of silver on top of a copper plate. The earliest Daguerreotype plates were made physically, by rolling a copper-silver plate thinner and thinner until the silver layer was just right. Good luck finding a source of Daguerreotype plates made this way in 2022. (There are electroplating methods, but they all end up with chemically contaminated silver.)

On the other hand, magnetron sputtering is a process of depositing pure metal in thin layers using plasma, high voltages, and serious magnets, and [Koji Tokura] is making his own sputtered Daguerreotype plates this way, giving him the best of both worlds: the surreal almost-holographic quality of the Daguerreotype with the most difficult film preparation procedure imaginable. 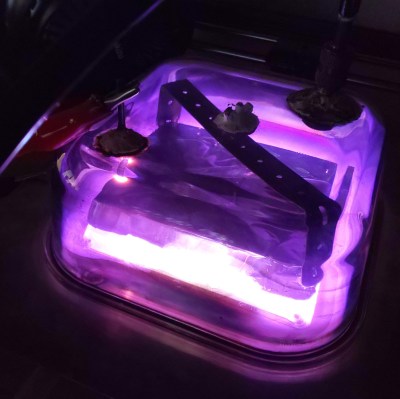 The star of the show is [Koji]’s sputtering rig, which consists of a Tupperware glass sandwich box as a vacuum chamber and a microwave oven transformer as the high voltage source. In use, he pumps the chamber down, introduces a small amount of argon, and then lights up the plasma. The high voltage accelerates the plasma ions into a sheet of silver, and the silver particles that get knocked free coat the copper plate. A strong magnet creates a local plasma, which accelerates the coating procedure, but since [Koji] only had a relatively small magnet, he scans the plate with the magnet, using a scavenged 2D pen plotter mechanism.

Check out his video on the Hackaday.io page, and his Daguerreotype gallery as well. (We don’t think that they were all made with this procedure.)

The result is a chemically pure Daguerreotype plate produced in a seriously modern way, and we’d love to see the images in person. In these days of disposable images made by the AIs in your cell phone, it’s nice to see some people taking photography in strange directions. For instance, maybe you’d like to make your own ultra-large collodion plates. Or something else? If you do, show us!