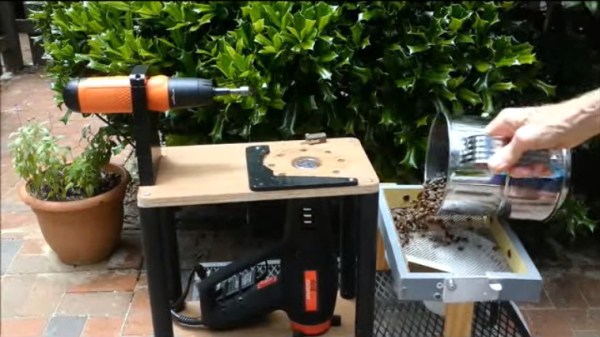 If you love coffee, you probably make it yourself at home most of the time using beans from some hipster coffee shop where the employees have full-sleeve tattoos and strong opinions. Maybe you even buy whole beans and grind them right before you use them. If you want to go all the way, you gotta roast those beans yourself. There are various ways to go about it, like repurposing a hot air corn popper. If you’re [Larry Cotton], you buy heaps of green beans and keep building wobble disk roasters until you’ve achieved DIY perfection. 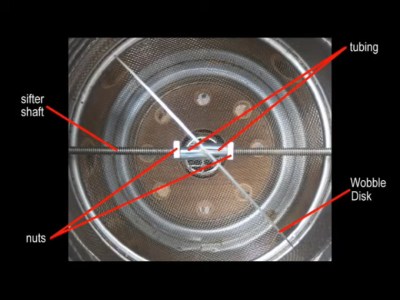 [Larry]’s latest roaster boasts all-wood construction with no metal brackets or housings in the structural parts. This is good because you’re less likely to burn yourself on anything, and you aren’t sinking heat away from the beans. Nothing should get hot except the sifter, the beans, and the stiff triangle of wire that holds the heat gun nozzle in place. Once the roasting cycle is complete, [Larry] just shakes out the beans onto an adjacent screen that’s situated over a fan so they can cool off.

Unlike some of [Larry]’s previous designs, this one uses an 8-cup flour sifter situated over a heat gun. A battery-powered screwdriver drives the wobbling disk that churns the beans and helps them roast evenly, and a wooden arm holds down the power button. We love the simplicity of this machine, and think wobble disk roasters are mesmerizing to watch. Check out the video after the break to see it in action and learn how to build your own.

There’s more than one way to roast beans, and one of them is even officially sanctioned by Hackaday editor [Elliot Williams].

END_OF_DOCUMENT_TOKEN_TO_BE_REPLACED 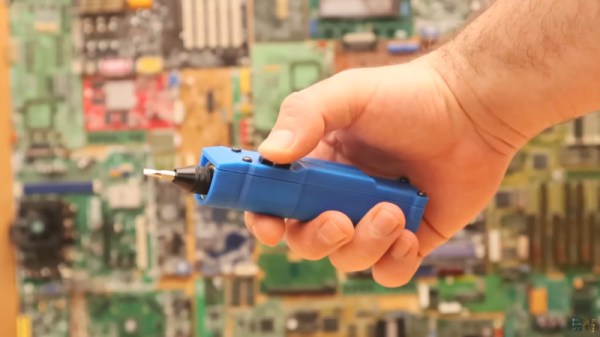 For the odd job every now and then, a regular screwdriver does the job. However, in situations like a small production operation, it can quickly become uncomfortable to use. In these situations, an electric screwdriver is incredibly useful. There’s no need to rush out to the store, however – you can build one yourself, and [Electronoobs] did just that.

The build is simple, consisting of a series of cheap modules hooked up together. An 18650 battery provides power through a boost converter to an H-bridge motor controller, which allows the DC geared motor to be driven both forwards and backwards. There’s also a USB battery charge module, that allows the screwdriver to be recharged from a standard micro USB charger. It’s all neatly packaged in a 3D printed case with a couple of tactile buttons for forward and reverse operation.

It’s a testament to the quality of modern supply chains that one can assemble a usable tool like this at home from prepackaged modules. All the parts, including the bearing and drill chuck, were sourced from eBay.

We’ve seen servos repurposed into electric screwdrivers, too. Video after the break.

END_OF_DOCUMENT_TOKEN_TO_BE_REPLACED 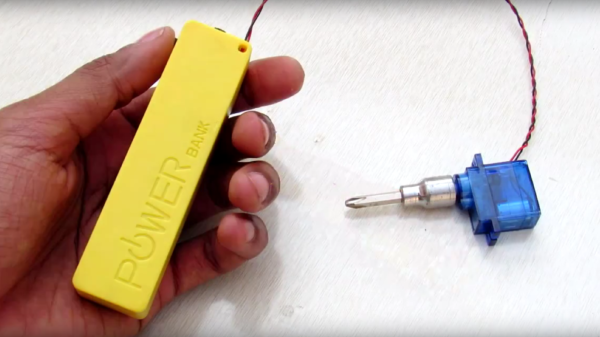