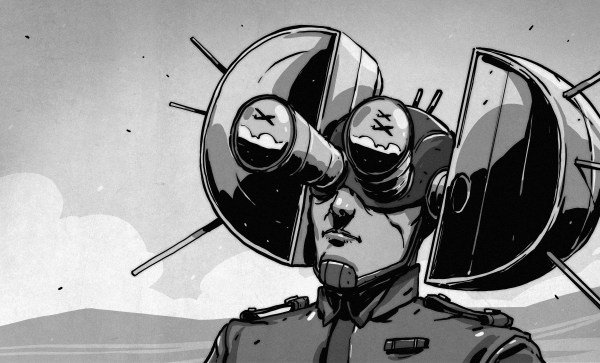 My wife was watching a crime drama, and one of the plot twists involved a witness’ hearing aid malfunctioning so that he could hear electromagnetic waves around him. It’s not so implausible, if you think about it. Many hearing aids have a t-coil, which is essentially an inductor that’s designed to couple with the speaker in a telephone. If that went haywire, maybe you could hear all the changing magnetic fields around you, and if you could escape the constant hum of the mains power line, it might even be interesting.

So of course, she turns to me and says “we need to make one!” It shouldn’t be hard at all — a big inductor and an amplifier should do the trick. In fact, it’ll probably be easy enough that it’ll make a good introduction-to-electronics project for my son. But there are also enough unknowns here that it’ll be interesting. How big a coil? How close? How sensitive? What about that mains frequency bit? Ferrite core or not?

None of this is rocket science, for sure, but it will probably be full of kludges, discoveries, and straight-up exploration. In short, the perfect weekend project. And in the end, it’ll expose something that’s normally invisible, and that’s where the fun lies.

This must be the same urge that drove Faraday and Marconi, Volta and Maxwell. There’s something amazing about directly sensing, seeing, hearing, and understanding some of the stuff that’s outside of our limited hearing and eyesight, and yet is all around us. I can write down the equations that describe it — I learned them in school after all — but there’s no substitute for poking around in your own home. Who knows, maybe in a few more weekends we’ll build ourselves an all-band receiver.