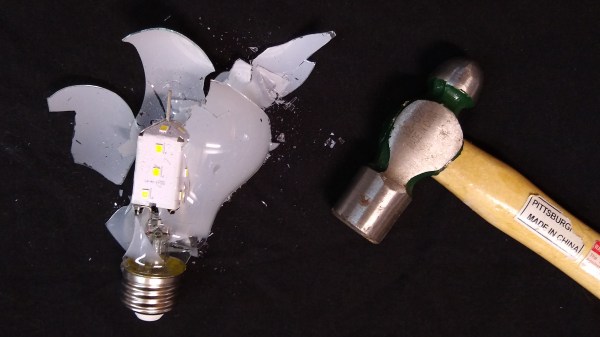 Early adopters of LED lighting will remember 50,000 hour or even 100,000 hour lifetime ratings printed on the box. But during a recent trip to the hardware store the longest advertised lifetime I found was 25,000 hours. Others claimed only 7,500 or 15,000 hours. And yes, these are brand-name bulbs from Cree and GE.

So, what happened to those 100,000 hour residential LED bulbs? Were the initial estimates just over-optimistic? Was it all marketing hype? Or, did we not know enough about LED aging to predict the true useful life of a bulb?

I put these questions to the test. Join me after the break for some background on the light bulb cartel from the days of incandescent bulbs (not a joke, a cartel controlled the life of your bulbs), and for the destruction of some modern LED bulbs to see why the lifetimes are clocking in a lot lower than the original wave of LED replacements.

END_OF_DOCUMENT_TOKEN_TO_BE_REPLACED 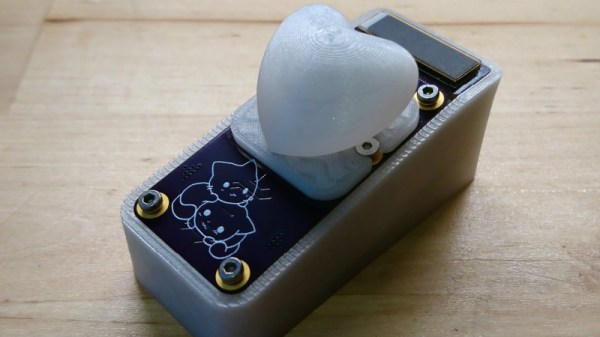 It’s often said that if something is worth doing it’s worth doing right, or maybe even worth overdoing. This is clearly a concept that [ANTALIFE] takes very seriously, as made abundantly clear by projects like the solar powered “beating” heart he made as a gift for his wife. What for most of us would have ended up being a junk bin build becomes a considerable engineering project in his hands, with a level of research and fine tuning that’s frankly staggering. 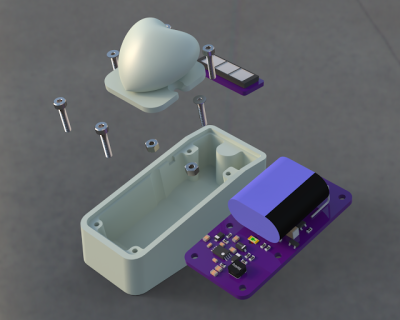 But [ANTALIFE] didn’t put this much thought into the device just for fun. He wants it to remain functional for as long as 30 years, and hopes he and the missus can still look on it fondly in their retirement years. Keeping an electronic device up and running for decades straight means you need to look carefully at each component and try to steer clear of any potential pitfalls.

The biggest one was the battery. More specifically, the fact he couldn’t use one. The lifetime of most rechargeable batteries is measured in hundreds of cycles, which for a device which will be charged by solar every day, means the battery is going to start showing its age in only 4 to 5 years. That simply wasn’t going to cut it.

[ANTALIFE] did some digging and realized that the solution was to use a supercapacitor, specifically the AVX SCMS22C255PRBA0. This is little wonder is rated for a staggering half million cycles, which in theory means that even with daily use it should still take a charge in the year 3300. In practice of course there are a lot of variables which will reduce that lifetime such as temperature fluctuations and the Earth being conquered by apes; but no matter what caveats you put on the figure it should still make 30 years without breaking a sweat.

Similar thought was given to choosing a solar cell with a suitably long lifetime, and he did plenty of testing and experimentation with his charging circuit, including some very nice graphs showing efficiency over time, to make sure it was up to snuff. Finally he walks the reader though his light-sensitive ring oscillator circuit which gives the device its pleasing “breathing” effect once the lights go down.

We’d love to bring you an update on this device in 30 years to see how close [ANTALIFE] got, but as we’re still trying to work the kinks out of the mobile version of the site we can’t make any guarantees about what the direct-brain interface version of HaD might look like. In the meantime though, you can read up on the long term battle between supercapacitors and traditional batteries.