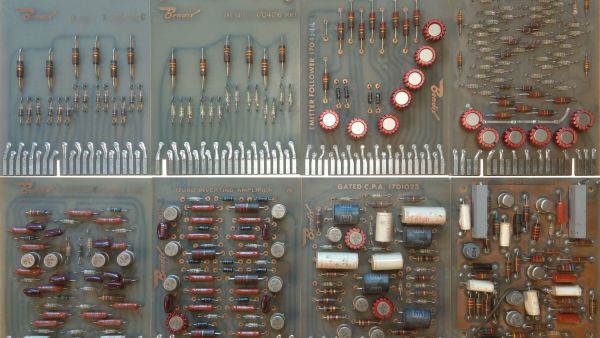 [David Lovett] aka Usagi Electric is taking a dive into yet another old computer design, this one from the early 1960s. He recently obtained eight mystery circuit boards on-loan for the purpose of reverse engineering them. It turns out these came from an old mainframe called the Bendix G-20, a successor to the 1965 G-15 vacuum tube model. The cards are: 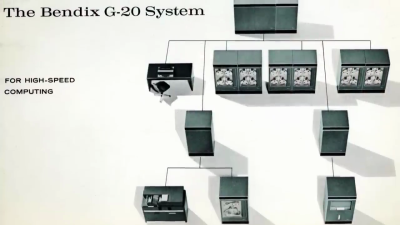 Most of these are pretty straightforward to figure out, but he ran into some troubles trying to understand the full adder board. The first issue is there is some uncertainty surrounding the logic level voltages. This system uses negative voltages, with -3.5 V representing a logic 1 … or is it a logic 0? And even taking into account this ambiguity, [David] is having a hard time deciphering how the adder works. It uses a bunch of diodes to implement a logic lookup table of an adder — except he is not able to make it match any known addition scheme. [David] has called out to the community for help on this one, and if you have any ideas how this adder works, visit his wiki linked above for more information and give him shout.

We don’t know how [David] squeezes in the time for these side projects, when he is so busy on the Centurion mini-computer restoration and the monstrous single-bit vacuum tube computer he is building.

END_OF_DOCUMENT_TOKEN_TO_BE_REPLACED 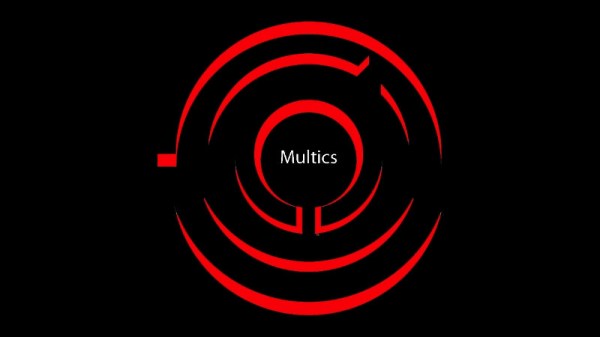 If you have ever read anything about the history of UNIX, you may remember that its early development was influenced by an older operating system. MULTICS was developed in the 1960s by MIT and General Electric as a commercial operating system, and had been the system which UNIX writers [Thompson] and [Ritchie] had used. It became a Honeywell product, and the source code for its final commercial version was eventually released to the public. Has it become a dusty relic of interest only to historians? Seemingly not, because a new version has been released. It’s intended for us on the dps8m Honeywell mainframe simulator rather than physical hardware, so perhaps while it’s not such a dusty relic it remains something only for the enthusiast.

We won’t pretend to be experts on the architectures of 1960s mainframe operating systems, but it’s interesting to read for a moment about what it was in MULTICS that caused UNIX to be written. For something described by [Ken Thompson] as “Close to unusable”, with a fresh release in its 52nd year it isn’t doing badly.

We’ve traced the UNIX story in the past, without realising that MULTICS never entirely went away. Shame on us for the omission! 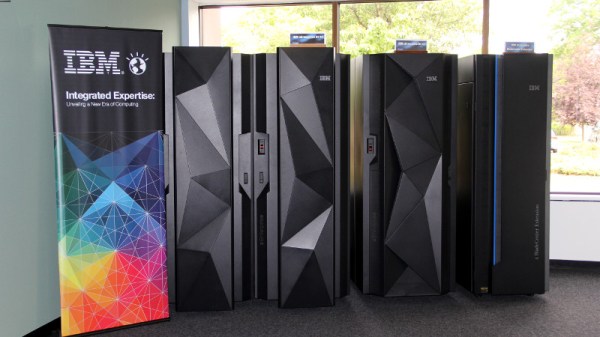 The computers we are used to working with are more likely to be at the smaller end of the computational spectrum. Sometimes they are very small indeed, such as tiny microcontrollers with only a few GPIOs. Others are single board machines such as a Raspberry Pi or an Arduino, and often a desktop or laptop PC. Of course, while these can be very capable machines, they don’t cut the mustard in the upper echelons of corporate computing. There the mainframe still rules, sitting in air-conditioned machine rooms and providing some of the glue that cements our economy together.

Most of us will never own a mainframe, even if sometimes we marvel at people who rescue ancient ones for museums. But it’s not impossible to run one yourself even if it isn’t cheap, and  [Christian Svensson] has written a guide for the potential purchaser of a more recent IBM model.

This is a fascinating piece as an uninformed spectator because it reveals something about the marketing of these machines. A fridge-sized rack may contain much more hardware than expected because all machines ship with high specifications installed but not enabled by licensing software. In some IBM machines this software comes on an attached laptop which goes missing when the mainframe is decommissioned, we’re told without this essential component the machine is junk. The practicalities are also considered, such things as whether the appropriate interface modules are present, or how to assess how much RAM has been installed. Powering the beast is less of a problem than you might expect as they ship with PSUs able to take a wide variety of DC or AC sources.

Once upon a time the chance to own one of the earlier DEC VAX minicomputers came the way of your scribe, the passing up on which has ever since been the source of alternate regret and thankfulness at a lucky escape. The ownership of second-hand Big Iron is not for everyone, but it’s nevertheless interesting to learn about it from those who have taken the plunge. There’s a tale unfolding about the ownership of a much older IBM room-sized computer at the moment.