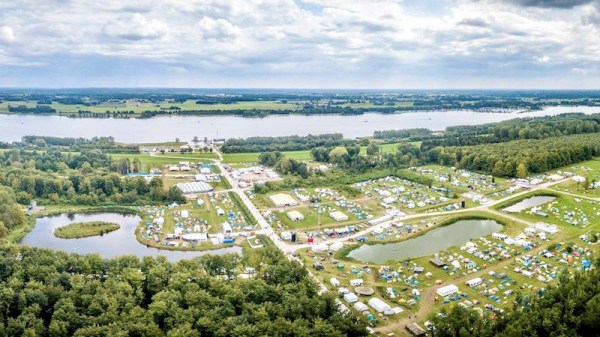 As we head into another Northern Hemisphere pandemic winter and hope that things won’t be quite as bad this year, next summer seems an extremely long time away in the future. But it will be upon us sooner than we might think, and along with it will we hope come a resumption of full-scale hacker camps. One of the biggest will be in the Netherlands, where MCH 2022 will take lace at the end of July, and if you’re up to casting your minds ahead far enough for that then they’re inviting submissions to their Call for Participation. Their events are always a memorable and relaxed opportunity to spend a few days in the sun alongside several thousand other like-minded individuals, so we’d urge you to give it some consideration.

If you’ve never delivered a conference talk before then it can be a daunting prospect, but in fact a hacker camp can be an ideal place to give it a first try. Unlike a more traditional technology conference where most of the attendees file into the auditorium, at hacker camps there is so much else on offer that many talks are delivered to only that sub group of attendees for whom the subject is of real interest. So there is less of the huge auditorium of anonymous crowds about it, and more of the small and friendly crowd of fellow enthusiasts. The great thing about our community is that there are as many different interests within it as there are individuals, so whatever your product, specialism, or favourite hobby horse might be, you’ll find people at a hacker camp who’d like to hear what you have to say.

If you’re still seeking inspiration, of course you might find it by looking at the schedule from SHA, the last Dutch camp. 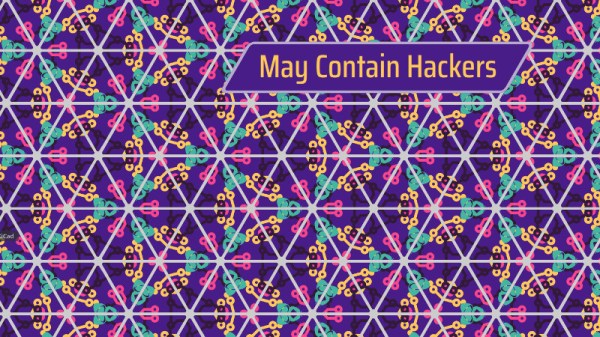 In a sad but unsurprising turn of events, MCH, this summer’s large hacker camp in the Netherlands, has been cancelled. Organising a large event in a pandemic would inevitably carry some risk, and despite optimism that the European vaccine strategy might have delivered a safe environment by the summer that risk was evidently too high for the event organisers IFCAT to take on. Our community’s events come from within the community itself rather than from commercial promoters, and the financial liability of committing to hire the site and infrastructure would have been too high to bear had the event succumbed to the pandemic. Tickets already purchased will be refunded, and they leave us with a crumb of solace by promising that alternatives will be considered. We understand their decision, and thank them for trying.

As with all such events the behind-the-scenes work for MCH has already started. The badge has been revealed in prototype form, the call for participation has been completed, and the various other event team planning will no doubt be well  under way. This work is unlikely to be wasted, and we hope that it will bear fruit at the next Dutch event whenever that may be.

It would have been nice to think that by now we could be seeing the light at the end of the pandemic tunnel, but despite the sterling work of scientists, healthcare workers, and epidemiologists, it seems we still have a a way to go before we’ll once more be hanging out together drinking Club-Mate in the company of thousands of others. If the pandemic is weighing upon you, take care of yourselves. 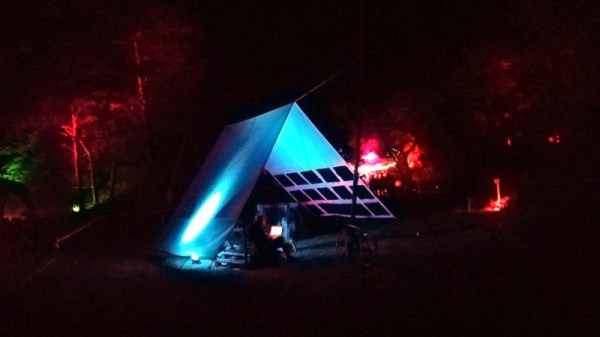 Our summer gatherings at hacker camps are fleeting and ephemeral, anticipated for months but over far too quickly. Afterwards we have only our memories, and perhaps the occasional Hackaday write-up. We think BornHack 2020 in Denmark was the only hacker camp that wasn’t forced to go online-only by the pandemic last year, and now as far as we know it has also become the only one ever that has left its mark for the wider world by being captured for posterity by Google Earth. 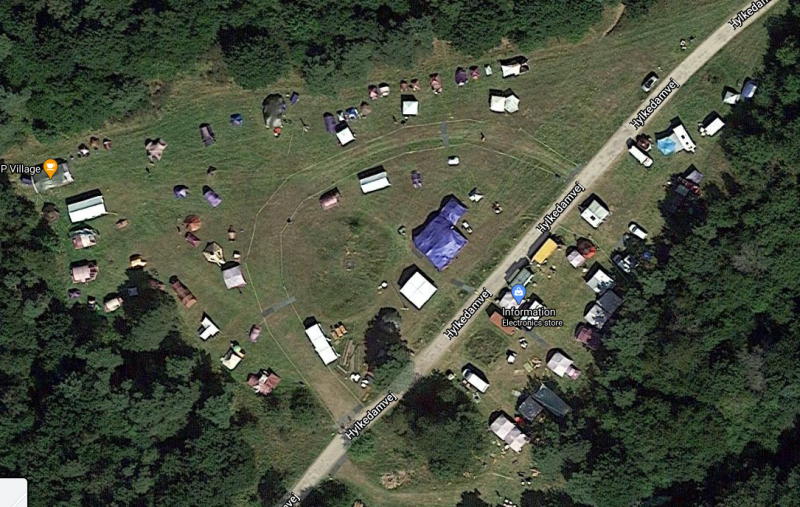 Visible in the forest is the sparsely populated and socially distanced main field of what was a considerably smaller camp than normal, as well as in separate clearings the speakers tent and the loud field. Perhaps it doesn’t help as much in explaining to outsiders what a hacker camp is as might a picture of one of the larger ones, but it does at least serve as a visible reminder that we weren’t quite snuffed out last year.

It’s a moment of nostalgia to see BornHack 2020 on Google Maps for those of us who were there, but perhaps the point of all this is to take a moment to consider the likely prospects for similar events in 2021 given the pandemic. Both the British EMF Camp and American Toorcamp had to cancel their events last year and should return in 2022, there’s no word as yet about 2021 from the Serbian BalCCon or the Italian IHC,  our latest update on Luxembourg’s HaxoGreen is that it’s still slated to go ahead with its move to 2021, and currently both BornHack and the Dutch MCH are expecting to run as normal this summer.

In the grip of a savage third wave of the pandemic where this is being written, it’s by no means a foregone conclusion that 2020’s cancellations may not repeat themselves. International borders remain difficult to cross without exacting quarantine requirements. If you make it to a camp this year you may be one of the lucky few, and in the increasingly likely event that we don’t, we’ll be suitably envious. Don’t loose hope, we shall all meet again… eventually.

If you fancy a closer look at BornHack 2020, have a read of our write-up.

As we stare dejectedly at our screens and consider what might have been during the 2020 summer that didn’t quite happen, here’s a little something to look forward to in a future where the COVID-19 pandemic will with any luck be much less of a threat. We have have had precious little in the way of events in 2020, but the call for participation has been announced for one of the largest planned for 2021. MCH2021 will be big European summer camp of next year, and is scheduled for the 6th to the 10th of August at Scoutinglandgoed Zeewolde in the Netherlands province of Flevoland. It will be the latest in a long line of such events going back to 1989, and with such a track record we know it’s going to be a good one.

We know that among our community are many people who’ll be interested in going to MCH, and that each and every one of you will have some fascinating insights that others would love to hear about. The challenge of the MCH orga is to bestow upon you the courage to stand up in front of your peers and talk about it, and from our experience here at Hackaday we’d say that an event such as this one makes for a very good place to give speaking a try. As always they’re interested in all the cool stuff that comes from our diverse community, but to help you along they’ve suggested a theme. Recent events have it’s fair to say presented a challenge to the world, and in that light they state that “we are especially looking for content that is about our ability to recover from extreme events of whatever nature”. We look forward to seeing you there.