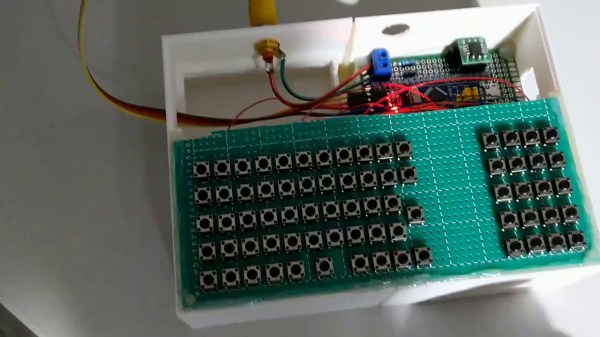 Since the late 60s, Moore’s law has predicted with precision that the number of semiconductors that will fit on a chip about doubles every two years. While this means more and more powerful computers, every year, it also means that old computers can be built on smaller and cheaper hardware. This project from [Bjoern] shows just how small, too, as he squeezes a PET 2001 onto the STM32 Blue Pill.

While the PET 2001 was an interesting computer built by Commodore this project wasn’t meant to be a faithful recreation, but rather to test the video output of the Blue Pill, with the PET emulation a secondary goal. It outputs a composite video signal which takes up a good bit of processing power, but the PET emulation still works, although it is slightly slow and isn’t optimized perfectly. [Bjoern] also wired up a working keyboard matrix as well although missed a few wire placements and made up for it in the software.

With his own home-brew software running on the $2 board, he has something interesting to display over his composite video output. While we can’t say we’d emulate an entire PC just to get experience with composite video, we’re happy to see someone did. If you’d like to see a more faithful recreation of this quirky piece of computing history, we’ve got that covered as well.

END_OF_DOCUMENT_TOKEN_TO_BE_REPLACED 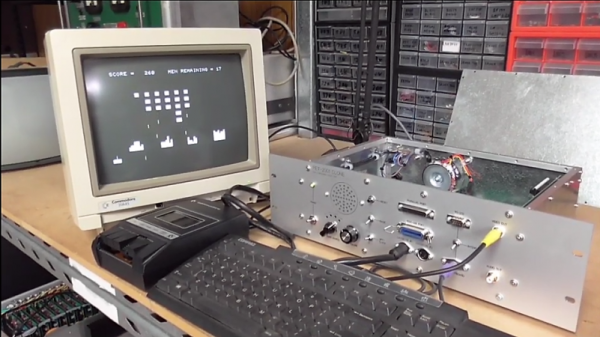 All the retrocomputer love for Commodore machines seems to fall on the C64 and Amiga, with a little sprinkling left over for the VIC-20. Those machines were truly wonderful, but what about the Commodore machine that paved their way? What about the machine that was one of the first to be gobbled up in the late 1970s by school districts eager to convert a broom closet into the new “computer lab”?

The PET 2001 might be a little hard to fall in love with given its all-in-one monitor, cassette recorder, and horrible chiclet keyboard, but some still hold a torch for it. [Glen] obviously felt strongly enough about the machine to build a PET from current production parts, and the results are pretty neat. When trying to recreate a 40-year old machine from scratch, some concessions must be made, of course. The case doesn’t attempt to replicate the all-in-one design, and the original keyboard was mercifully replaced by a standard PS/2 keyboard. But other than that the architecture is faithfully replicated using new production 65xx chips and 74HCT family logic chips. [Glen] had to jump through some hoops to get there, but as the video below shows, the finished machine plays a decent game of Space Invaders.

We’ve seen a PET brought back from the grave by FPGA and a C64 emulated on a Raspberry Pi, but going back to basics and building this from scratch was a fitting homage to an important machine in PC history.