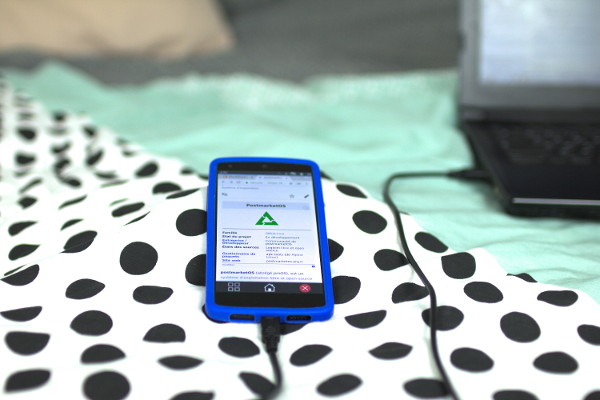 PostmarketOS began work on a real Linux distribution for Android phones just over 600 days ago. They recently blogged about the state of the project and ensured us that the project is definitely not dead.

PostmarketOS’ overarching goal remains a 10 year life-cycle for smartphones. We previously covered the project on Hackaday to give an introduction. Today, we’ll concern ourselves with the progress the PostmarketOS team has made.

The team admits that they’re stuck in the proof-of-concept phase, and need to break out of it. This has required foundational changes to the operating system to enable development across a wide variety of devices and processor architectures. There’s now a binary package repository powered by builds.sr.ht which will allow users to install packages for their specific device.

Other updates include fixing support for the Nexus 5 and Raspberry Pi Zero, creating support for open source hardware devices including the Pine A64-LTS and Purism Librem 5. PostmarketOS now boots on a total of 112 different devices.

We’re excited to see the PostmarketOS project making progress. With the widespread move to mobile devices, users lose control over their computing devices. PostmarketOS gives us the ability to run code that we can read and modify on these devices. It’s no small feat though. Supporting the wide variety of custom hardware in mobile devices requires a lot of effort.

While it may be a while before PostmarketOS is your daily driver, the project is well suited to building task-specific devices that require connectivity, a touch screen, and a battery. We bet a lot of Hackaday readers have a junk drawer phone that could become a project with the help of PostmarketOS. 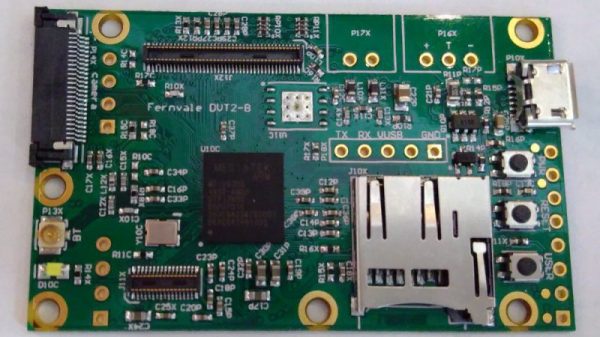 During the early years of cell phones, lifespan was mainly limited by hardware (buttons wearing out, dropping phones, or water damage), software is a primary reason that phones are replaced today. Upgrades are often prompted by dissatisfaction with a slow phone, or manufacturers simply stopping updates to phone software after a few years at best. [Oliver Smith] and the postmarketOS project are working to fix the update problem, and have begun making progress on loading custom software onto cellphone processors and controlling their cellular modems. END_OF_DOCUMENT_TOKEN_TO_BE_REPLACED 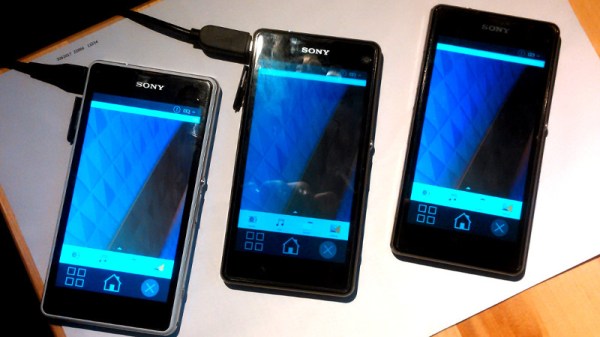 Modern smartphones, even the budget models, are extremely impressive pieces of technology. Powerful ARM processors, plenty of RAM, and an incredible number of sensors and radios are packed into a device that in some cases are literally given away for free when you sign up for a service plan. Unfortunately manufacturers are not obligated to keep up with software updates, and while the hardware may be willing to keep on fighting, the user is often pushed to upgrade due to perennially outdated software. Even if you aren’t the kind of person to be put off by using a phone that doesn’t have the latest and greatest OS, the lack of software security updates pose a clear threat in a world where mobile devices are increasingly targeted by attackers.

But what if the operating system on your phone worked more like the on one your computer? That’s the dream of postmarketOS, a Linux distribution created by [Oliver Smith] that is designed to be installed on outdated (mostly Android) smartphones and tablets. He’s recently made a comprehensive blog post about the state of the project a little over 6 months since it started, and we have to say things are looking very impressive so far. 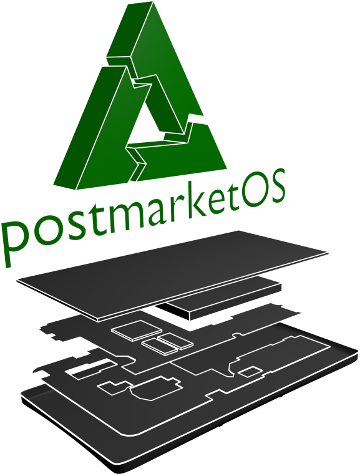 One of the key goals of postmarketOS is to avoid the fragmented nature of previous attempts at replacing Android with a community-developed operated system. By avoiding binary blobs and focusing on getting the mainline Linux kernel running on as much as the hardware as possible, there’s no need to make different forks and releases for each supported device. By unifying the OS as much as far as it can be, an upstream update can be pushed to all devices running postmarketOS regardless of their make and model, just like with traditional Linux distributions.

The blog post shows two things very clearly: that the community is extremely excited and dedicated to the prospect of running what is essentially desktop Linux on old smartphones and tablets, and that postmarketOS still has a long way to go. In these early days, many devices aren’t what could be considered “daily drivers” by most standards. In fact, the blog post mentions that they’ve decided to abandon the term “supported” when talking about devices, and make no claims beyond the fact that they will boot.

Still, incredible progress is being made on everything from mainline kernel development to getting standard Linux desktops such as Gnome, MATE and XFCE4 running. Work has also been done on the backend process of compiling and packaging up components of the operating system itself, promising to speed up development times even for those who don’t have a beefy machine they can dedicate to compiling. The blog post ends with a helpful list of things the reader can do to help support postmarketOS, ranging from making your own t-shirts to porting to new hardware.

At Hackaday we’ve seen our fair share of hackers and makers re-purposing old smartphones and tablets, keeping them out of the landfills they would almost certainly end up in otherwise. A project that aims to make it even easier to hack these cheap and incredibly useful devices is music to our ears.