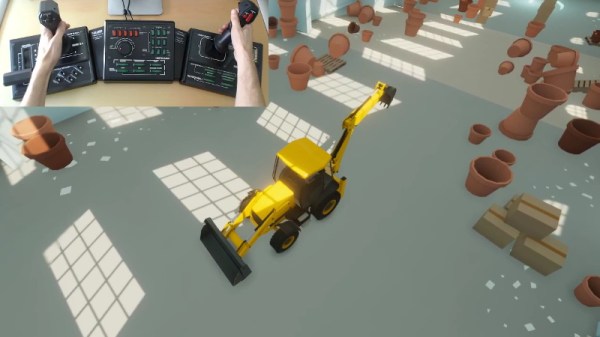 We’re going to go out on a limb here and say that the controller for Steel Battalion on the original Xbox is the most impressive video game peripheral ever made. Designed to make players feel like they were really in the cockpit of a “Vertical Tank”, the controller features dual control sticks, three pedals, a gear selector, and dozens of buttons, switches, and knobs. Unfortunately, outside of playing Steel Battalion and its sequel, there’s not a whole lot you can do with the monstrous control deck.

But now, nearly 20 years after the game released, [Oscar Sebio Cajaraville] has not only developed an open source driver that will allow you to use the infamous mech controller on a modern Windows machine, but he’s part of the team developing a new game that can actually be played with it. Though gamers who are imagining piloting a futuristic combat robot in glorious 4K might be somewhat disappointed to find that this time around, the Steel Battalion controller is being used to operate a piece of construction equipment.

In his blog post, [Oscar] focuses on what it took to develop a modern Windows driver for a decades old controller. It helps that the original Xbox used what was essentially just a rewiring of USB 1.0 for its controllers, so connecting it up didn’t require any special hardware. Unfortunately, while the controller used USB to communicate with the console, it was not USB-HID compliant.

As it turns out, Microsoft actually provides an open source example driver that’s specifically designed to adapt non-HID USB devices into a proper game controller the system will recognize. This gave [Oscar] a perfect starting point, but he still needed to explore the controller’s endpoints and decode the data it was sending over the wire. This involved creating a HID Report Descriptor for the controller, a neat trick to file away mentally if you’ve ever got to talk to an oddball USB device.

In the end, [Oscar] created a driver that allows players to use the Steel Battalion controller in his game, BH Trials. Unfortunately there’s something of a catch, as drivers need to be signed by a trusted certification authority before Windows 10 will install them. As he can’t quite justify the expense of this step, he’s written a second post that details what’s required to turn driver signing off so you can get the device working.

Earlier this year we saw an incredible simulator built around the Steel Battalion controller, were an external “coach” could watch you play and give you tips on surviving the virtual battlefield. But even that project still used the original game; hopefully an open source driver that will get this peripheral working on Microsoft’s latest OS will help spur the development of even more impressive hacks.

END_OF_DOCUMENT_TOKEN_TO_BE_REPLACED 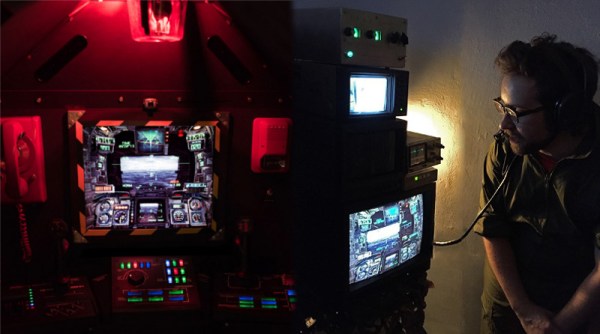