The simplest answer to a problem is not necessarily always the best answer. If you ask the question, “How do I get a voice assistance to work on a crowded subway car?”, the simplest answer is to shout into a microphone but we don’t want to ask Siri to put toilet paper on the shopping list in front of fellow passengers at the top of our lungs. This is “not a technical issue but a mental issue” according to [Masaaki Fukumoto], lead researcher at Microsoft in “hardware and devices” and “human-computer interaction.” SilentVoice was demonstrated in Berlin at the ACM Symposium on User Interface Software and Technology which showed a live transcription of nearly silent speech. A short demonstration can be found below the break.

SilentVoice relies on a different way of speaking and a different way of picking up that sound. Instead of traditional dictation in which we exhale while facing a microphone, it is necessary to place the microphone less than two millimeters from the mouth, usually against the lips, and use ingressive speech which is just whispering while inhaling. The advantage of ingressive over egressive speech is that without air being blown over the microphone, the popping of air gusts is eliminated. With practice, it is as efficient as normal speaking but that practice will probably involve a few dizzy spells from inhaling more than necessary.

END_OF_DOCUMENT_TOKEN_TO_BE_REPLACED 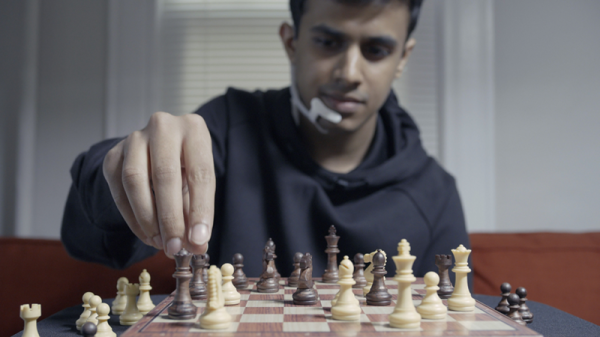 Recent news reports have claimed that an MIT headset can read your mind, but as it turns out that’s a little bit of fake news. There is a headset — called AlterEgo — but it doesn’t actually read your mind. Rather, it measures subtle cues of you silently vocalizing words. We aren’t sure exactly how that works, but the FAQ claims it is similar to how you experience reading as a child.

If you read much science fiction, you probably recognize this as subvocalization, which has been under study by the Army and NASA. However, from what we know, the positioning of sensor electrodes is crucial and can vary not only by speaker, but also change for the same speaker. Perhaps the MIT device has found a way around that problem. You can see a video of the system, below.