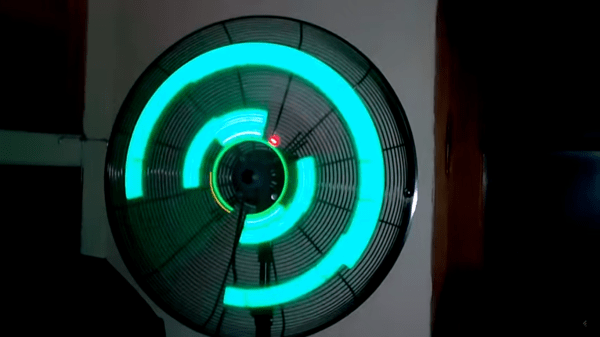 For those who haven’t addicted themselves to Super Hexagon yet, it’s pretty… addicting, to say the least. Normally this 80’s arcade-style game would run in a browser but some of the people at Club de Jaqueo in Buenos Aires decided to cram all of that into an Arduino. They didn’t stop there, though, and thought that it would work best with a POV display.

To navigate the intricate maze of blending a POV display with a fast-paced game like this, the group turned to the trusty Arduino Micro. After some frustration in the original idea, they realized that the game is perfectly suited for a POV display since it’s almost circular. The POV shouldn’t take up too much of the processing power of the Arduino, so most of the clock cycles can be used for playing the game. They couldn’t keep the original name anymore due to the lack of hexagon shape (and presumably copyrights and other legal hurdles), but the style of the original is well-preserved.

The group demonstrated their setup this past weekend, and the results are impressive judging by the video below. They’ve also released their source code and schematics as well, in case you have an old fan (or maybe even a bicycle?) lying around that is just begging to be turned into a mini-arcade game.

END_OF_DOCUMENT_TOKEN_TO_BE_REPLACED

Early game consoles like the Atari 2600 had a very, very limited amount of RAM. There wasn’t even enough RAM for all the pixels on the screen; instead, pixels were generated by the CPU as they were being drawn. It’s playing with scanlines and colorbusts with code, something we’re now calling. ‘racing the beam’ for some reason.

[Sam] is in the middle of an EE degree right now, and for a digital design class he needed to write some Verilog. At the time he was addicted to the game Super Hexagon, and the game mechanics are simple enough for an FPGA. He built his own implementation, but not one with framebuffers. He’s using a pipelined approach where each pixel’s value is calculated just a few clock cycles before it’s displayed. It vastly reduces the memory requirements, on his Altera DE1 board compared to the framebuffer approach.

END_OF_DOCUMENT_TOKEN_TO_BE_REPLACED 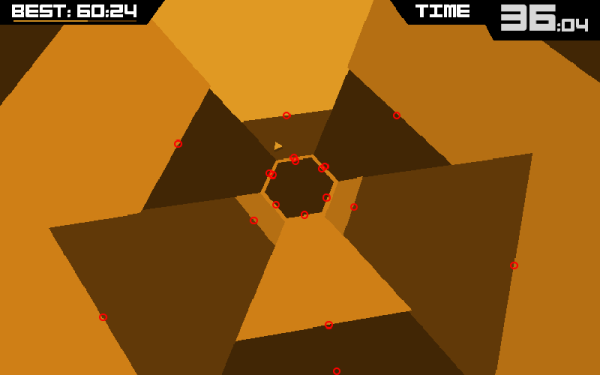 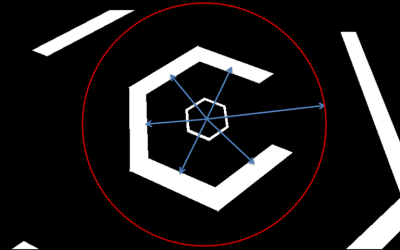