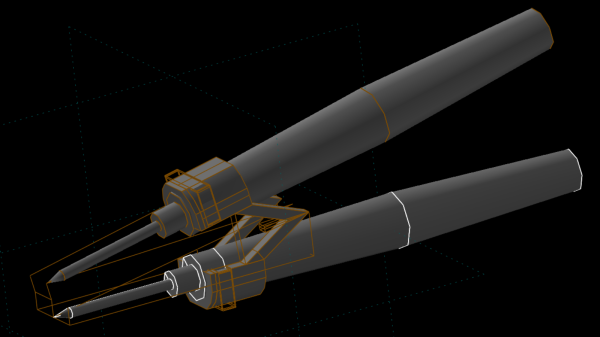 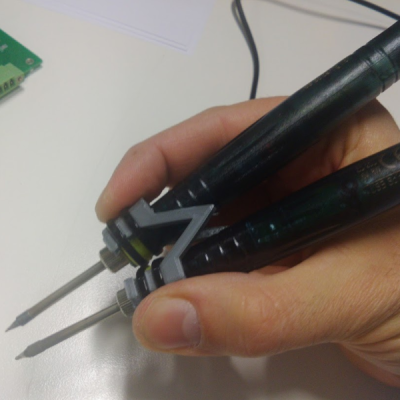 The 3D printed part is modeled in SolveSpace – a parametric 2D and 3D CAD software that we blogged about a while ago. END_OF_DOCUMENT_TOKEN_TO_BE_REPLACED 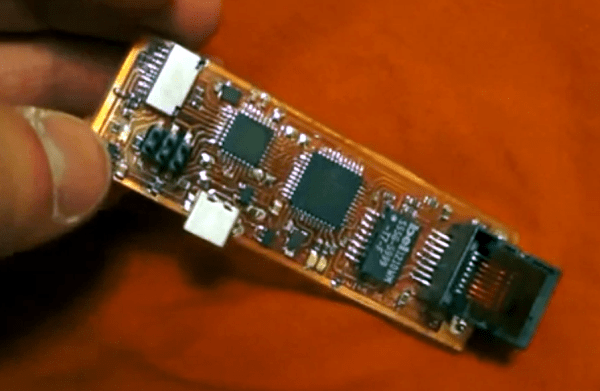 Here’s a demonstration which proves you don’t really need special tools to populate a surface mount PCB. We’ve seen this board before, it’s the glass PCB server which [Cnlohr] developed and demonstrated by connecting the real world to Minecraft. It’s a tiny board and we were happy to have the chance to see his method for populating the parts before reflow soldering.

In the video after the break [Cnlohr] starts by dispensing a glob of solder pasted from its storage container. He mentions that as long as you store the stuff in the refrigerator it’s rather easy to work with. Because most of his projects are single boards it’s not worth it to have a solder stencil produced. Instead he picks up a bit of the solder glob on the end of a toothpick and applies it to each pad.

This isn’t really as bad as it sounds. The fine pitch TQFP footprints can just be dragged with a bit of the paste. After this application — which took around seven minutes — he grabs some tweezers (not the vacuum type) and begins placing each component. If he missed some paste he’ll discover it in this step and add where necessary. The last step is a trip through his toaster oven.

END_OF_DOCUMENT_TOKEN_TO_BE_REPLACED

A probe cable makes it easy to connect the Bus Pirate to a circuit and get hacking. Good test clips make quick connections on cramped PCBs without causing short circuits. We made two cables for the Bus Pirate v2, keep reading for an overview of our designs and list of part suppliers.

Friday, July 3, 2009 is the last day to pre-order a Bus Pirate. There’s only two days left to get your own Bus Pirate, fully assembled and shipped worldwide, for only $30.