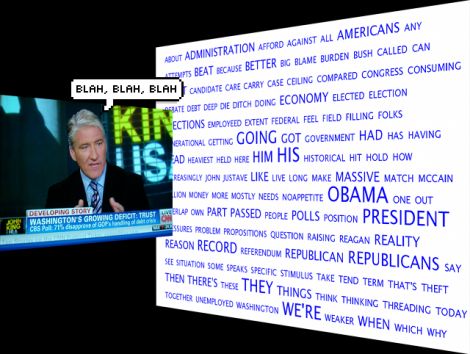 END_OF_DOCUMENT_TOKEN_TO_BE_REPLACED

Here’s another “useless machine” variant.  The trick to this one is that it has dual “fingers” and can work either way. Which way it turns off is selectable via a switch on the side, and the fingers can both be turned on to “fight” each other. Check out the video here.

This video depicts the assembly of a Gameboy MAME-style cabinet. For those wanting to try something like this, this video may fill you in on some of the required assembly techniques, such as how to put decals on the side of your cabinet.

This video featuring the “Autonomous Ultimate Wall-E” shows this robot’s navigational skills around the house.  Additionally, it has some nicely actuated arms.

The Verbalizer is a microphone designed to be used with Google’s voice search. It’s also designed with Arduino compatibility in mind and is open-source. Could be a good tool for your next hack.

These clever multimeter probes were built using pogo pins used in electrical test equipment. The springs inside of these pins help keep them planted firmly on the test point in question and reportedly gives a very good connection. [Bruce Land] is a professor at Cornell University who was looking for a way to quickly solve chemical kinetic systems. He had used MATLAB but longed for a faster method. His upgrade achieves a 100 times speed increase by using an FPGA as a parallel stochastic solver.

It works by generating 100 pseudo-random 16-bit numbers using an Altera DE2 board. This is done once per cycle at 50 MHz so we’re talking about a lot of random numbers. They are run through the solver algorithms and used to compute each reaction cycle. On a 3.8 GHz P4 process running the MATLAB version one of these cycles would take about 1000 seconds, so the speed improvement can immediately be felt. It’s wonderful to have this new tool. It does make us wonder what could be done with GPU processing that we’ve seen for password cracking or bit coin mining. Much like FPGAs a GPU is prefect for running a large number of parallel operations.