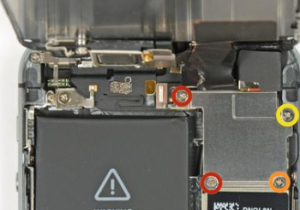 125 thoughts on “Using The Wrong Screw: A Painful Lesson In IPhone Repair”