After [Casey Connor] captured and relocated a number of unwanted rodents in his home using commercially available live traps, he was presented with a problem: a rat had learned to avoid them.

In an epic, and adorable, conflict caught on video (and embedded below),  he documents the  designs used and how the rat escaped them by either recognizing the trap, or sheer agility. We can only tip our hat to the determination of both parties. 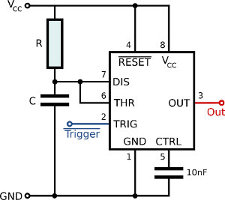 A Raspberry Pi Zero detects motion using an IR camera to film the interesting parts. This is also a good indicator for when you’ve trapped your quarry – if you’re trying be humane then leaving it in a trap for days is counterproductive.

With the time and effort we spend building better and more complex rodent traps, we sometimes wonder who has cleverly trapped whom.

64 thoughts on “Conflict Escalates Between Brilliant Rat And 555 Timer”