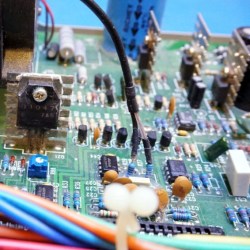 5 thoughts on “Peek Inside These Same-But-Different Power Supplies”