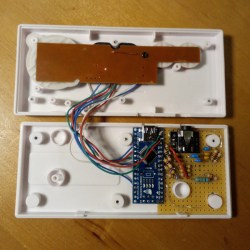 12 thoughts on “A Tetris To Be Proud Of, With Only A Nano”