Having grown up with 386-level systems during the early 90s like so many of us, [Alexandru Groza] experienced an intense longing to experience the nostalgia of these computer systems from an interesting angle: by building his own 80386DX-based single board computer. Courtesy of the 16-bit ISA form factor, the entire system fits into a 16-bit ISA backplane which then provides power and expansion slots for further functionality beyond what is integrated on the SBMC card.

Having started the project in 2019, it is now in the home stretch towards completion. Featuring an 80386DX and 80387DX FPU alongside 128 kB of cache and a grand total of 32 MB of RAM, an OPTi chipset was used to connect with the rest of the system alongside the standard 8042-class PS/2 keyboard and mouse controller. A large part of the fun of assembling such a system is that while the parts themselves are easy enough to obtain, finding datasheets is hard to impossible for some components.

Undeterred, some reverse-engineering of signaling on functional mainboards was sufficient to fill in the missing details. Helpfully, [Alexandru] provides the full schematics and BOM of the resulting board and takes us along with bootstrapping the system after obtaining the PCBs and components. After an initial facepalm moment due to an incorrectly inserted (and subsequently very dead) CPU and boot issues, ultimately [Alexandru] gave up on the v1.6 revision of the board

Fortunately the v1.8 revision with a logic analyzer led to a number of discoveries that has led to the system mostly working, minus what appears to be DMA-related issues. Even so, it is a remarkable achievement that demonstrates the complexity of these old systems. 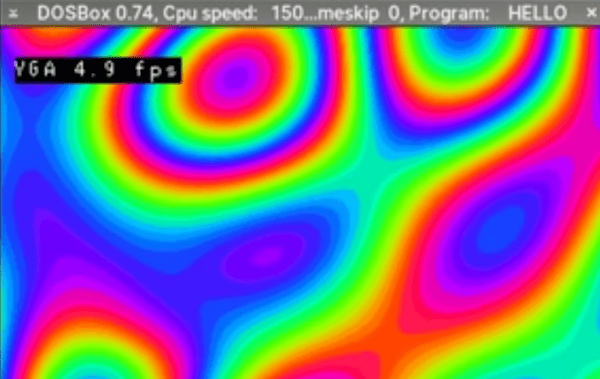 It might seem odd to think about programming in MSDOS in 2018. But if you are vintage computer enthusiast or have to support some old piece of equipment with an MSDOS single board computer, it could be just the thing. The problem is, where do you get a working compiler that doesn’t have to run on the ancient DOS machine? Turns out, gcc can do the trick. [RenéRebe] offers a video demo based on a blog post by [Chris Wellons]. You can see the video, below.

The technique generates COM files, not EXE files, so there are some limitations, such as a 64K file size. The compiler also won’t generate code for any CPU lower than a 80386, so if you have a real 8086, 80186, or 80286 CPU, you are out of luck. The resulting code will run in a real DOS environment on a ‘386 or higher or in a simulator like DOSBox.

You might be thinking why not use the DJGPP port of gcc to DOS. That sounds good, but it actually doesn’t produce true DOS code. It produces code for a DOS extender. In addition, [Chris] had trouble getting it to work with a modern setup.

The only real trick here is using the right combination of gcc flags to create a standalone image with the right codes. A COM file is just a dump of memory, so you don’t need a fancy header or anything. You also, of course, won’t have any library support, so you’ll have to write everything including functions to, say, print on the screen. Of course, you can borrow [Chris’] if you like.

The last pieces of the puzzle include adding a small stub to set up and call main and getting the linker to output a minimal file. Once you have that, you are ready to program like it is 1993. Don’t miss part 2, which covers interrupts.

If you pine away for QuickBasic instead of C, go download this. If you just want to run some old DOS games, that’s as close as your browser.