From the title, you might think this post is going to be some lame story about someone plugging in some RAM and maybe updating a BIOS. That’s where you’d be wrong. [Downtown Doug Brown] has a much more interesting and instructive story.

[Doug] found his motherboard was rated for 8 GB maximum and decided he’d make 16 GB of RAM work despite the limitation. He updated the BIOS and it worked — in Linux. He was able to see all the memory and it tested good. If that was it, you wouldn’t be reading about it here. The story gets interesting when he tried to boot Windows 10 and it refused, showing its kinder and gentler blue screen of death. For many people, that would be the end of the story, especially since Windows 10 doesn’t give you much information about why it crashed.

Like so many problems, this one had to be peeled back like an onion. The first thing to do was to change the Windows registry to allow the blue screen to output some technical information that was present in older versions of Windows. The error code indicated that the issue had to do with the BIOS reporting overlapping memory regions.

With some investigating in Linux, whose log files get a lot more BIOS information, [Doug] realized the E820 interface was returning a memory region that conflicted with ACPI’s information. It seems as though the motherboard was reserving space at the top of the 8 GB range for PCI operations which was punching a hole in the system’s (now larger) memory. Turning off a setting in the BIOS fixed the problem, but only because it makes Linux and Windows both see only 4GB of memory. That also wouldn’t be a very interesting story. [Doug] theorized that if he could move the mapping area to the top of the 16 GB range, things would work.

What follows is a great exposition of the Linux tools for reading and changing system information. Did he get it to work? Read the post and find out. But we will tell you that he did manage to have grub patch his system information.

Most of the motherboard hacks we’ve seen relate to hardware, not software. Of course, you could just buy a new motherboard. If you need ideas for what to do with the old one, here you go. 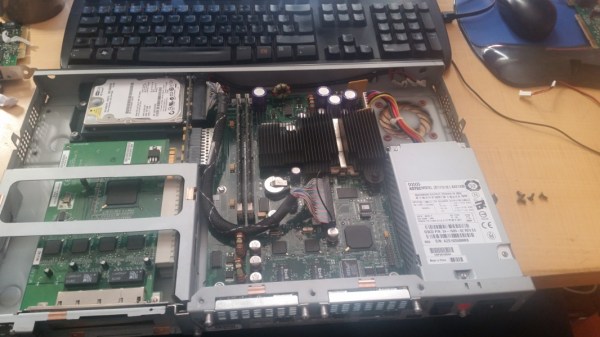