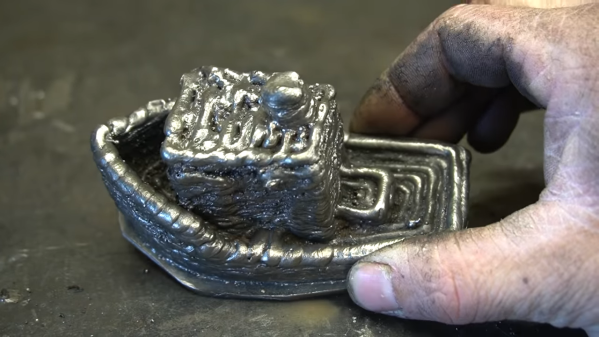 When you can buy a 3D printer at Aldi, you pretty much know that 3D printing has been reduced to practice. At least for the plastic version of 3D printing; metal printing is another thing entirely. It’s easy to squeeze out a little molten plastic in a controlled fashion, but things get a little more — energetic — when you try to do the same with metal.

At least that’s what [Lucas] has been experiencing with his attempts to build a metal 3D printer over on his Cranktown City YouTube channel. Granted, he set himself up for a challenge from the get-go by seeking to stick a MIG welder onto an Ender 3, a platform that in no way was ready for the abuse it was about to endure. Part 1 of the video series below shows the first attempt, which ended badly for both the printer and for the prints.

But that first prototype, melted parts notwithstanding, gave [Lucas] enough to go on for the improvements of version 2, including a better build plate, heat shielding for the printer’s tender bits, and a legit MIG welder wire feeder. [Lucas] also built current control in, with a clever non-destructive interface to the welder controls. These improvements were enough to attempt a Benchy print, which started out pretty decent but got a bit droopy toward the end.

As imperfect as it is, the Benchy is a vast improvement over the formless blobs from version 1, and the printer holds quite a bit of promise for the future. One thing you can’t accuse [Lucas] of is giving up on a project too easily; after all, he built a laser cutter from scratch, including the laser tube.

END_OF_DOCUMENT_TOKEN_TO_BE_REPLACED 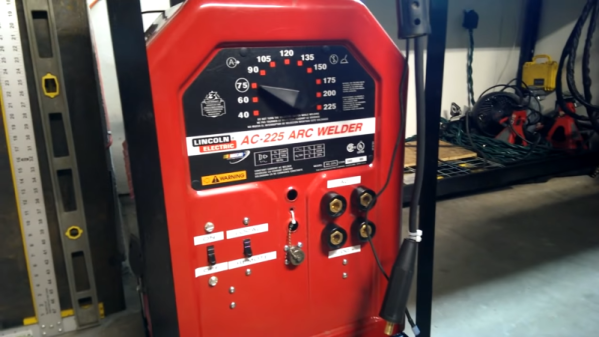 State-of-the-art welding machines aren’t cheap, and for good reason: pushing around that much current in a controlled way and doing it over an entire workday takes some heavy-duty parts. There are bargains to be found, though, especially in the most basic of machines: AC stick welders. The familiar and aptly named “tombstone” welders can do the business, and they’re a great tool to learn how to lay a bead.

Tombstones are not without their drawbacks, though, and while others might buy a different welder when bumping up against those limits, [Greg Hildstrom] decided to hack his AC stick welder into an AC/DC welder with TIG. He details the panoply of mods he made to the welder, from a new 50 A cordset made from three extension cords where all three 12 gauge wires in each cord are connected together to make much larger effective conductors, to adding rectifiers and a choke made from the frame of a microwave oven transformer to produce DC output at the full 225 A rating. By the end of the project the tombstone was chock full of hacks, including a homemade foot pedal for voltage control, new industry-standard connectors for everything, and with the help of a vintage Lincoln “Hi-Freq” controller, support for TIG, or tungsten inert gas welding. His blog post shows some of the many test beads he’s put down with the machine, and the video playlist linked below shows highlights of the build.

This isn’t [Greg]’s first foray into the world of hot metal. A few years back we covered his electric arc furnace build, powered by another, more capable welder.

END_OF_DOCUMENT_TOKEN_TO_BE_REPLACED 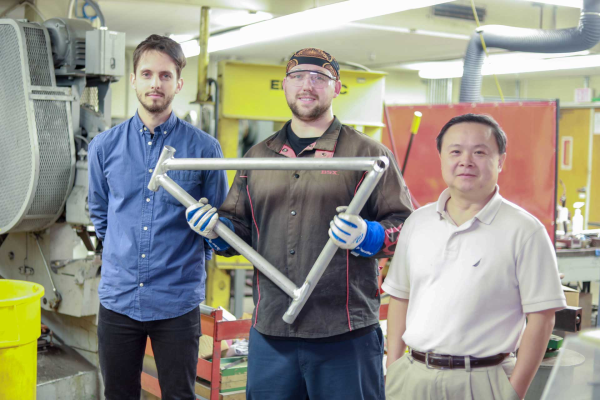 Though much of it is hidden from view, welding is a vital part of society. It’s the glue that holds together the framework of the cars we drive, the buildings we occupy, the appliances we use, and the heavy machinery that keeps us moving forward. Every year, the tireless search continues for stronger and lighter materials to streamline our journey into the future of transportation and space exploration.

Some of these futuristic materials have been around for decades, but the technology needed to weld them lagged behind. A group of researchers at UCLA’s Samueli School of Engineering recently found the key to unlocking the weldability of aluminium alloy 7075, which was developed in the 1940s. By adding titanium carbide nanoparticles to the mix, they were able to create a bond that proved to be stronger than the pieces themselves.

END_OF_DOCUMENT_TOKEN_TO_BE_REPLACED 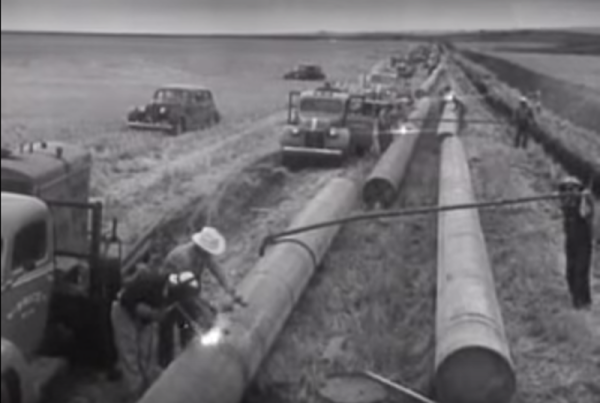 Welding is one of those things that takes minutes to learn and years to master. It requires coordination, strength, and a good pair of eyes. This vocational guidance video from the early 1940s touches on these points and more for those considering careers in welding. The narrator jumps right in, discussing welding types, equipment operation, and employment opportunities in both the welding field itself and other fields that use welding techniques.

Oxy-acetylene welding is one of the oldest methods of fusing metal. A flame fueled by a specific mixture of pure oxygen and acetylene gas heats the metal welding rod and the work piece to plasticity, which allows them to join together. An oxy-acetylene setup can also be used to cut metal, though a special cutting torch with a kind of oxygen turbo boost lever is required. The work piece is heated to red-hot at the point along the edge where the cut will start. The oxygen-rich flame will cut right through the piece.