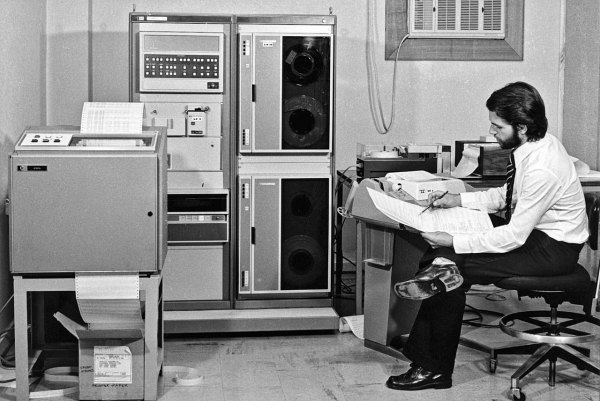 Surely BASIC is properly obsolete by now, right? Perhaps not. In addition to inspiring a large part of home computing today, BASIC is still very much alive today, even outside of retro computing.

There was a time, not even that long ago, when the lingua franca of the home computer world was BASIC. This wasn’t necessarily always the exact same BASIC; the commands and syntax differed between whatever BASIC dialect came with any given model of home computer (Commodore, Atari, Texas Instruments, Sinclair or any of the countless others). Fortunately most of these licensed or were derived from the most popular microcomputer implementation of BASIC: Microsoft BASIC.

BASIC has its roots in academics, where it was intended to be an easy to use programming language for every student, even those outside the traditional STEM fields. Taking its cues from popular 1960s languages like FORTRAN and ALGOL, it saw widespread use on time-sharing systems at schools, with even IBM joining the party in 1973 with VS-BASIC. When the 1970s saw the arrival of microcomputers, small and cheap enough to be bought by anyone and used at home, it seemed only natural that they too would run BASIC.

The advantage of having BASIC  integrated into these systems was obvious: not only were most people who bought such a home computer already familiar with BASIC, it allows programs to be run without first being compiled. This was good, because compiling a program takes a lot of RAM and storage, neither of which were plentiful in microcomputers. Instead of compiling BASIC source code, BASIC interpreters would interpret and run the code one line at a time, trading execution speed for flexibility and low resource use.

After turning on one’s microcomputer, the BASIC interpreter would usually be loaded straight from an onboard ROM in lieu of a full-blown operating system. In this interpreter shell, one could use the hardware, write and load BASIC programs and save them to tape or disk. Running existing BASIC code as well as compiled programs on one’s computer, or even typing them in from a listing in a magazine all belonged to the options. As BASIC implementations between different home computers were relatively consistent, this provided for a lot of portability.

That was then, and this is now. Are people actually still using the Basic language?

END_OF_DOCUMENT_TOKEN_TO_BE_REPLACED

If you are interested in how a computer works at the hardware grass-roots level, past all the hardware and software abstractions intended to make them easier to use, you can sometimes find yourself frustrated in your investigations. Desktop and laptop computers are black boxes both physically and figuratively, and microcontrollers have retreated into their packages behind all the built-in peripherals that make them into systems-on-chips.
END_OF_DOCUMENT_TOKEN_TO_BE_REPLACED