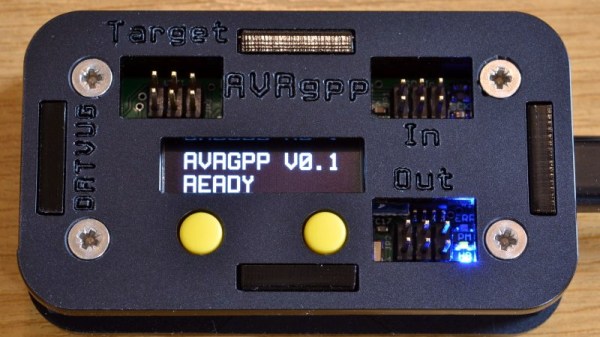 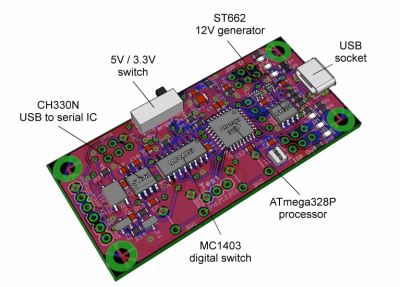 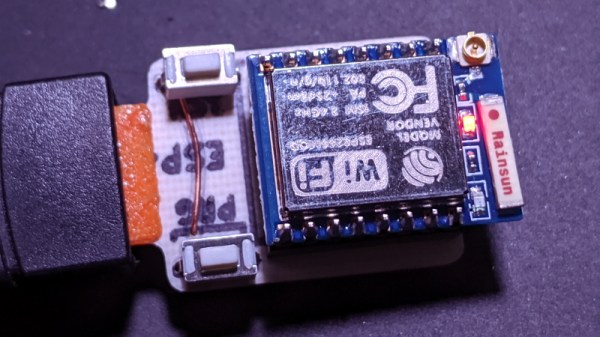 At this point, we’ve all seen enough ESP8266 “weather stations” to know the drill: you just put the ESP and a temperature sensor inside a 3D printed case, and let all those glorious Internet Points™ flow right on in. It’s a simple, and perhaps more importantly practical, project that seems to never get old. But that doesn’t mean there isn’t room for innovation.

Annoyed by the unnecessary bulk of existing solutions, [cperiod] has come up with an ESP8266 temperature and humidity sensor that can plug directly into a standard USB port. Slotted into a USB wall charger or power bank, this diminutive board can provide inconspicuous remote environmental monitoring wherever you need it. For extra hacker points, the board was even produced at home on a PCB mill. 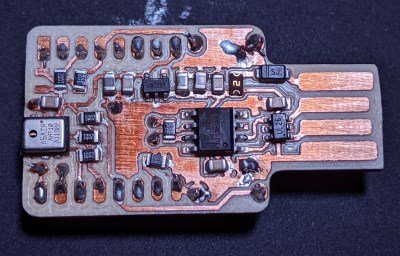 In addition to the ESP-7 or 12 module (which plugs in via a header, should you need to swap it out), the board features a CH330N USB to UART chip and HT7233 voltage regulator. For the sensor itself, [cperiod] has bucked convention a bit and went with the I2C-connected AHT10 over something more common like a member of the BME family.

Unfortunately, this design suffers from the same issue we’ve seen in other compact environmental monitoring solutions; namely, that the heat generated by the chip itself skews the temperature readings. To combat this, aggressive power saving functions are baked into the firmware to make sure the ESP is in a deep sleep as much as possible. While not a perfect solution, it does prevent the ESP from warming the PCB up so much that it invalidades the reported data.

By now, the particularly astute reader may have realized that all the additional components used for the USB side of this board aren’t strictly necessary. After all, if you can pull the ESP module out of the header and program it separately, then you don’t actually need to include that capability in each sensor node. While true, we’re hardly the ones to complain when a hacker showboats a bit on their designs. 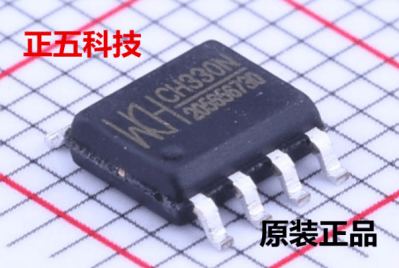