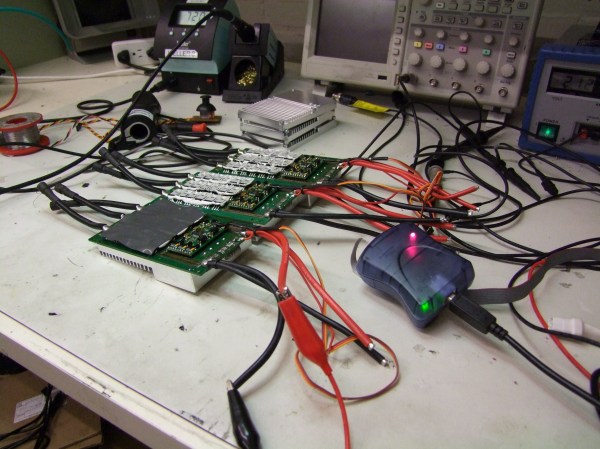 [professor churlz] wrote in to let us know his results with modifying radio control ESCs (Electronic Speed Controllers) for use in a large (250lb range) BattleBot’s drivetrain. It’s a very long and involved build log entry that is chock-full of details and background.

If you want something spinning hard and fast, brushless is where it’s at. Brushless motors offer much better power-to-weight ratios compared to brushed DC motors, but some applications – like a large robot’s drivetrain – are less straightforward than others. One of the biggest issues is control. Inexpensive brushless motors are promising, but as [professor churlz] puts it, “hobby motor control equipment is not well suited for the task. Usually created for model airplanes, the controllers are lightly built, rated to an inch of the components’ lives using unrealistic methods, and usually do not feature reversing or the ability to maintain torque at low speeds and near-stall conditions, which is where DC motors shine.” Taking into account the inertia of a 243 lb robot is a factor as well – the controller and motor want to start moving immediately, but the heavy robot on the other side of it doesn’t. The answer was a mixture of hardware and firmware tweaking with a lot of testing.

END_OF_DOCUMENT_TOKEN_TO_BE_REPLACED 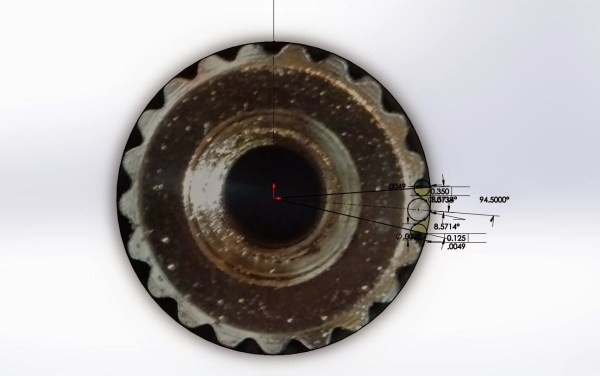 The fifth annual RoboGames is happening this weekend in San Francisco. RoboGames is a broad reaching competition designed to bring together specialists in all areas of robotics. Last year’s event had 800 entries in 62 different events. The biggest audience draw is definitely the combat robots shown in the video above, but there are other skill and task based competitions. If you’re in the area, this is definitely worth your time. Check out ROBOT magazine’s coverage from last year to get an idea of what you’ll see (or in our case miss).