Four highschool students in Lyon France are building a CPR robot, with the aim of removing the endurance problem faced by those delivering this form of essential first aid.

By every after action report, CPR is an emotionally and physically exhausting way to save a life. When someone’s heart stops beating their breathing stops too. After that there’s a very small window in which to keep just enough oxygen in the blood to prevent brain damage and organ failure. A person has to precisely position their hands and press, repeatedly, with enough force to break someone’s sternum in order to keep their heart pumping; sometimes for over fifteen minutes waiting for rescue to arrive. On top of that, depending on which school of thought they learned the technique, they may be required to also force air into the patients lungs.

While this pushes the boundary of human endurance, a robot would not have the same issue. In fact, many of the existing problems are solved. CPAP Machines can force air into lungs all day long. A motor and a mechanism could position and provide the mechanical pumping motion to keep the blood flowing. Sensors could tell when the heart takes back over. The machine is currently a proof-of-concept built from plywood, and off-the-shelf parts. Yet it can maintain the 30 compression – 2 breath cycle indefinitely on a CPR Dummy.

It’s an interesting idea; while defibrillators do exist, they don’t always get the heart going in time. We wonder if someone more medically inclined can weigh in on this interesting idea.

The advent of the automatic external defibrillator (AED) has increased the odds for survival of out-of-hospital cardiac arrest (OHCA), but the penetration of AEDs into public settings is far from complete enough to put one within a few minutes reach of everyone who might need one. So it’s only natural that thoughts would turn to delivering AEDs to cardiac incidents by drones. It seems like a great idea, but will it work? END_OF_DOCUMENT_TOKEN_TO_BE_REPLACED 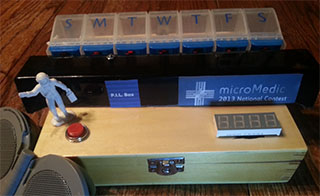 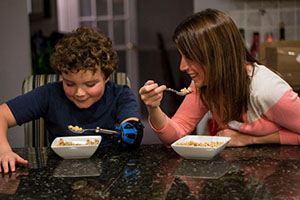 Bryan is a computer neophyte (he needs help turning his computer on), but he has a basketball story. His team was playing in a crucial basketball playoff game at the club. They were down by two late in the game and he just couldn’t get one of his players to play defense. This player was a great shooter and that is about it — burying a three that put the team up for the first time. After sinking it he just stood there admiring his masterpiece while Bryan screamed at him to get back on defense (he rarely played D and he didn’t that game either). Instead, he flat lined and went down on his face– heart attack!

Of course that player was me and that was an awful day. But I’m still around to tell the story… as a hardware designer years before I didn’t know that I’d bet everything on one particular project.

END_OF_DOCUMENT_TOKEN_TO_BE_REPLACED

Have you ever taken a First Aid & CPR training course? Don’t you just love the realism of the dummy mannequins you get to practice on? [Park, Qurashi, & Chen], who are students of Cornell University, thought the dummies could use an intelligent upgrade.

It’s the final project for their electrical and computer engineering course ECE 4760. And what they’ve done is successfully created a budget friendly CPR not-so-dumb dummy using the venerable ATmega1284 microcontroller.

The dummy can sense when chest compressions are given, if the nose is plugged properly when breaths are given, if the head is tilted back properly to open the airway, and it even makes use of a microphone to detect if breaths are given properly! While it does this, it uses LED eyes and an LCD screen to provide training feedback to the student. Once the students are sufficiently practiced, it also has a “real” mode that doesn’t give you any feedback to make sure the students truly learned the technique. END_OF_DOCUMENT_TOKEN_TO_BE_REPLACED