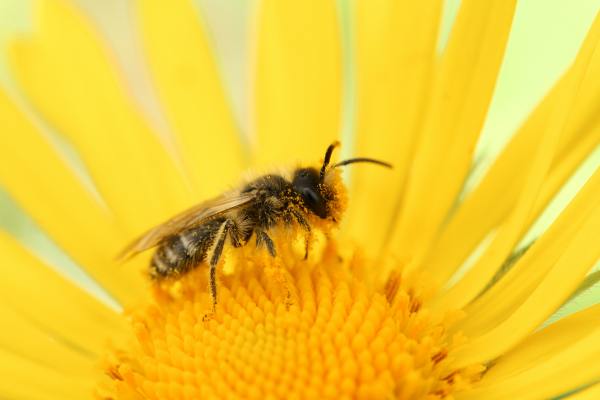 Many of us can’t get through the day without at minimum one cup of coffee, or at least, we’d rather not think about trying. No matter how you choose to ingest caffeine, it is an awesome source of energy and focus for legions of hackers and humans. And evidently, the same goes for pollinator bees.

You’ve probably heard that there aren’t enough bees around anymore to pollinate all the crops that need pollinating. That’s old news. One solution was to raise them commercially and then truck them to farmers’ fields where they’re needed. The new problem is that the bees wander off and pollinate wildflowers instead of the fields they’re supposed to be pollinating. But there’s hope for these distracted bees: Scientists at the University of Greenwich have discovered that bees under the influence of caffeine are more likely to stay on track when given a whiff of the flower they’re supposed to be pollinating.