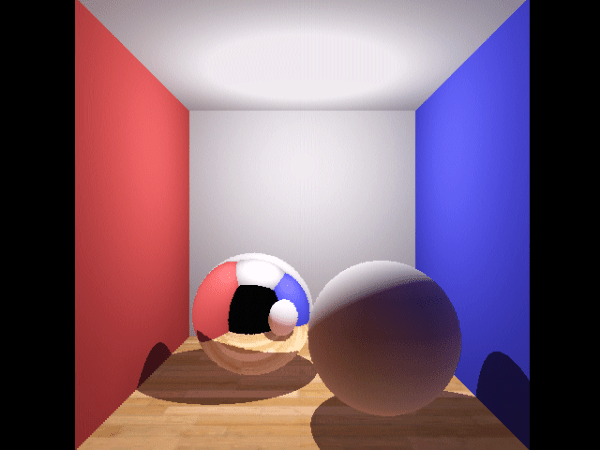 Something being impractical isn’t any reason not to do it, which is why just about anything with a CPU in it can run Doom by now. For the same reason there obviously is a way to do ray tracing of 3D scenes on a modern-day TI-84 Plus CE graphical calculator. This is excellent news for anyone who has one of these calculators, along with a lot of time, perhaps during boring classes, to spare.

As [TheScienceElf] demonstrates in a video, also embedded after the break, it’s not quite the real-time experience one would expect from an NVidia RTX 30-series GPU. Although the eZ80-based CPU in the calculator is significantly more efficient than a Z80 as found in many 1980s home computers, the demo scene at standard resolution takes about 12 minutes to render, as also noted on the GitHub project page.

Perhaps the most interesting part about this project is its use of the Clang-based C & C++ toolchain for the TI-84 Plus CE which gives easy access to the calculator’s hardware and related, including graphics, file I/O, fonts, keypad input and more. Even if using a TI-84 Plus CE to render the next Pixar-level movie isn’t the most productive use imaginable for these devices, this project and the CE toolchain make it all too easy to tinker with these $150 devices.

It would also offer a nice change of pace from writing Snake in TiBASIC, a BASIC dialect in which [TheScienceElf] incidentally has also written a ray tracer.

(Thanks to [poiuyt] for the tip)

END_OF_DOCUMENT_TOKEN_TO_BE_REPLACED 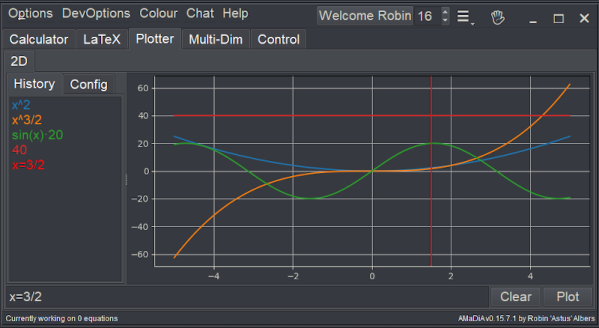 Scientific calculators were invaluable to most of us through high school and college, freeing us from the yoke of using tables to calculate logarithms and trigonometric functions. Once out in the real world, it’s no longer necessary to use an education board approved device to do your maths – you can do it all on your PC instead. For those keen to do so, [AstusRush]’s latest Python work may be just the ticket!

Far exceeding the capabilities of the usual calculator apps, there’s plenty of useful features under the hood. Particularly exciting is the LaTeX display, which shows equations in textbook-quality human-readable format. There’s also a graphing suite, and capability to handle matricies and vectors. LAN chat is implemented too, useful for working in teams.

It’s a useful tool that may suit better than a full-fat MATLAB install, particularly at the low, low price of free. This is one calculator that CASIO will have to keep their nose out of! These calculators are networked together, able to pass information and play games on a multi-screen playing field. All of this is thanks to [Christopher Mitchell’s] work on a package called CalcNet. This networking software takes advantage of [Christopher’s] shell and GUI for TI calculators called Doors CS. To demonstrate the high reliability and throughput of his network he wrote NetPong, a multi-calculator version of the popular game that you can watch in a clip after the break.

This is definitely an instance where asking ‘why?’ is the wrong question. We’re more interested in the how, a question you can answer for yourself by reading the whitepapers he provided in both of the links above. [Christopher] knows what he’s doing, he proved that with his face-recognizing augmented reality.