[Becky Stern] likes to harness the power of the Sun. Most of us will immediately think of solar cells and other exotic solar energy techniques. But [Becky] shows how to make a hot air balloon using nothing but tape and garbage bags.

The idea is quite simple. You form a large envelope from black trash bags and fill it with air. Becky does that by just running with it, tying it off, and topping off with a little manual blowing. Once the sun heats the black bag, it floats.

END_OF_DOCUMENT_TOKEN_TO_BE_REPLACED 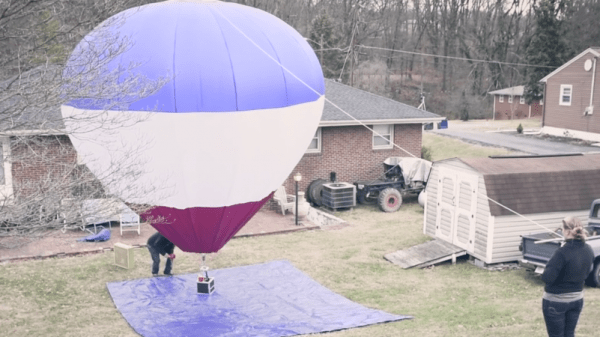