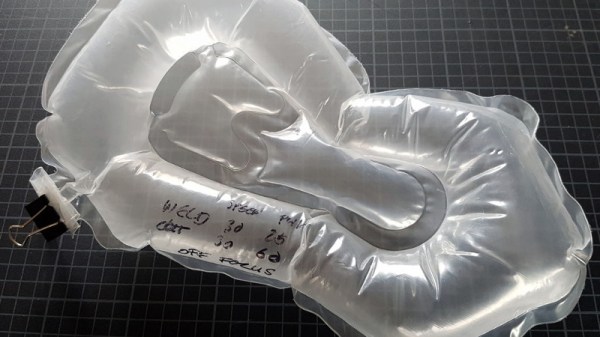 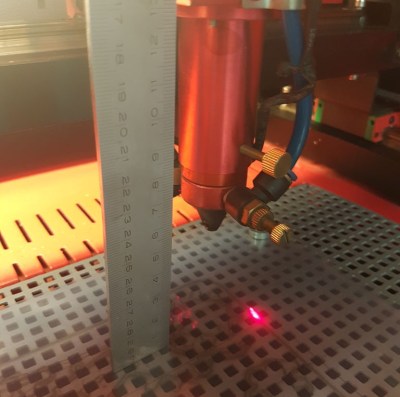 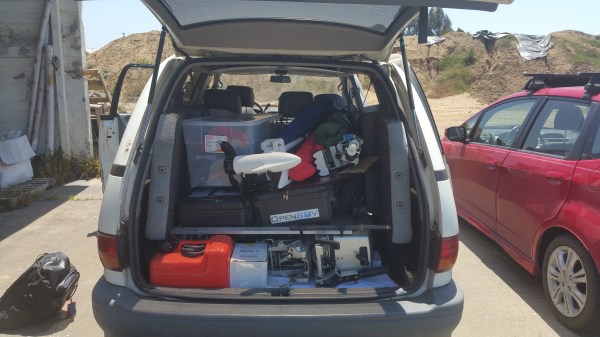 Having to work away from the convenience of a workshop can be tough. But it’s sometimes unavoidable and it always means planning ahead. When the work area also happens to be 150m under a lake’s surface, it’s much more of a challenge – but it’s both doable and more accessible than you might think. To prove it, this DIY research vessel will be part of the robotic exploration of an underwater shipwreck. It is complete with an Ethernet bridge, long-range wireless communications, remotely operated underwater vehicle (ROV), the ability to hold a position, and more. The best part? It can all be packed up and fit into a minivan. We can’t put it any better than the folks at the OpenROV Forums:

In just over a week (June 6th – 9th), a bunch of people from OpenROV are going to attempt to dive a set of specially modified deep-capable ROVs to a 50m-long shipwreck at a depth of 150m below lake Tahoe. We’ll be using a deployment architecture that we’ve been perfecting over the years that involves a very small boat keeping station over the dive site while the rest of the people on the expedition run the mission from a remote location via long-range broadband radio. Since the mission control site will have an internet connection, we’ll be able to live stream the entire dive over the internet. 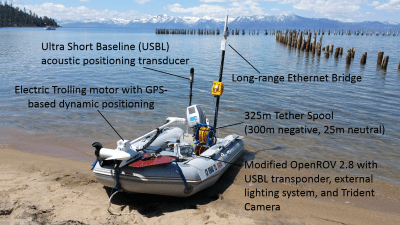 The purpose of the design was “to demonstrate that many of the capabilities one might think would require a large research vessel can actually be achieved with off-the-shelf parts that are more portable and much less expensive. […] There’s a lot to discover down there, and the technology readily available these days can allow us to explore it.” This mindset happens to wonderfully complement the kickoff of the Citizen Scientist Challenge portion of the 2016 Hackaday Prize.

For those times when your work can remain on solid ground, one method is to sidestep the entire issue of working away from the workshop by simply making your whole work area mobile like this incredible conversion of a truck trailer to a mobile lab.