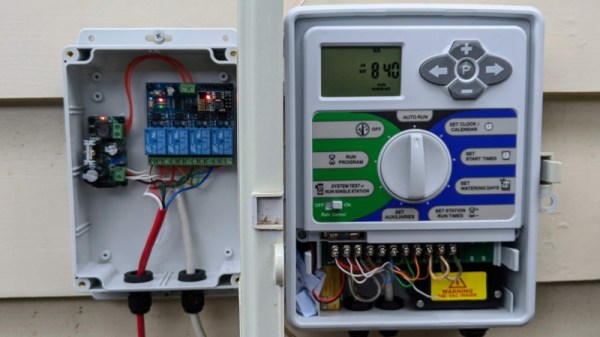 Irrigation controllers have been around for a long time, often using similar hardware inside that would be familiar to the average maker. However, many of the products on the shelf at your local hardware store can be quite expensive for what amounts to a microcontroller, display, and relay board. [oscillatory] had such a rig, but wanted to bring it into the 21st century, IOT style.

The existing Holman irrigation system consisted of a control box, hooked up to four solenoid valves controlled by relays. [oscillatory] decided that replacing this with something fancier would thus be straightforward. A relay board packing an ESP8266 was sourced, and flashed with the Tasmota firmware. This was then hooked up to run off the Holman’s 24 VAC supply via a CCTV power supply, allowing the new controller to be run in parallel with the existing hardware, just in case. Scheduling is then controlled by Google Calendar, in concert with Home Assistant.

[oscillatory] now has a watering system that can be controlled over the web, and without the need to install any custom apps. Simply creating a calendar entry is enough for the system to spring into action. We’ve seen others use a similar approach, too.  It’s a great example of using off-the-shelf parts to whip up a useful custom home automation setup! 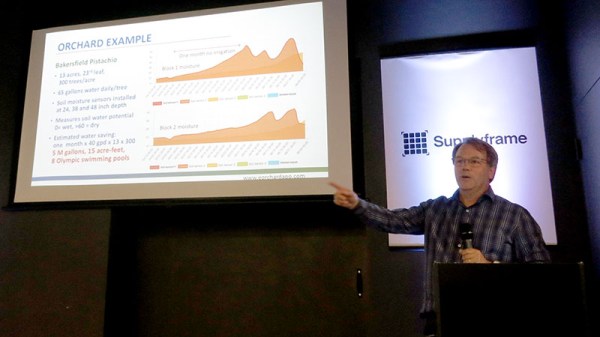 Our five rounds of Hackaday Prize 2018 challenges have just wrapped up, and we’re looking forward to see where the chips fall in the final ranking. While we’re waiting for the winners to be announced at Hackaday Superconference, it’s fun to take a look back at one of our past winners. Watch [Reinier van der Lee] give the latest updates on his Vinduino project (video also embedded after the break) to a Hackaday Los Angeles meetup earlier this year.

Vinduino started with [Reinier]’s desire to better understand what happens to irrigation water under the surface, measuring soil moisture at different depths. This knowledge informs more efficient use of irrigation water, as we’ve previously covered in more detail. What [Reinier] has been focused on is improving usability of the system by networking the sensors wirelessly versus having to walk up and physically attach a reader unit.

His thought started the same as ours – put them on WiFi! But adding WiFi coverage across his entire vineyard was not going to be cost-effective. After experimenting with various communication schemes, he has settled on LoRa. Designed to trade raw bandwidth for long range with low power requirements, it is a perfect match for a network of soil moisture sensors.

In the video [Reinier] gives an overview of LoRa for those who might be unfamiliar. Followed by results of his experiments integrating LoRa functionality into Vinduino, and ending with a call to action for hackers to help grow the LoRa network. It sounds like he’s become quite the champion for the cause! He’s even giving a hands-on workshop at Supercon where you can build your own LoRa connected sensor. (Get tickets here.)

We’re always happy to see open-source hardware projects like Vinduino succeed, transitioning to a product that solve real world problems. We know there are even more promising ideas out there, which is why Hackaday’s sister company Tindie is funding a Project to Product program to help this year’s winners follow in Vinduino’s footsteps. We look forward to sharing more success stories yet to come.

END_OF_DOCUMENT_TOKEN_TO_BE_REPLACED 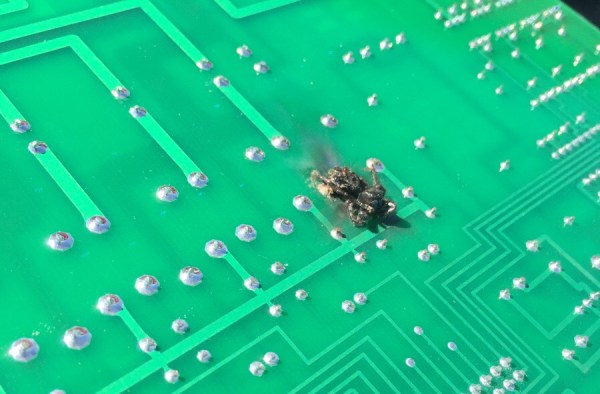 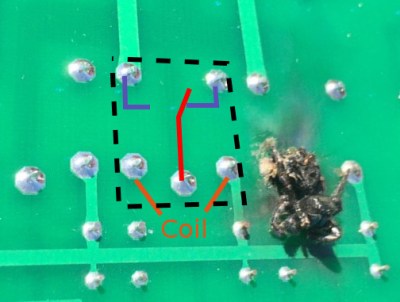