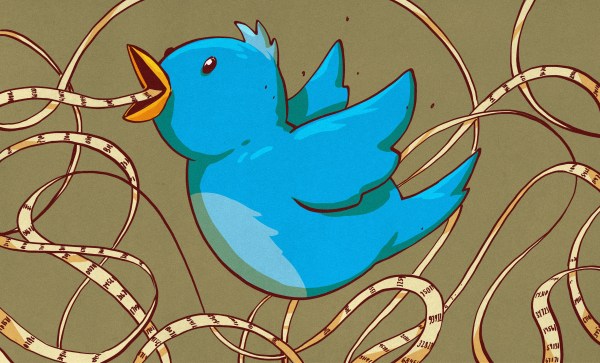 Grab a shortwave radio, go up on your roof at night, turn on the radio, and if the ionosphere is just right, you’ll be able to tune into some very, very strange radio stations. Some of these stations are just a voice — usually a woman’s voice — simply counting. Some are Morse code. All of them are completely unintelligible unless you have a secret code book. These are number stations, or radio stations nobody knows much about, but everyone agrees they’re used to pass messages from intelligence agencies to spies in the field.

A few years ago, we took a look at number stations, their history, and the efforts of people who document and record these mysterious messages used for unknown purposes. These number stations exist for a particular reason: if you’re a spy, you would much rather get caught with an ordinary radio instead of a fancy encryption machine. Passing code through intermediaries or dead drops presents a liability. The solution to both these problems lies in broadcasting messages in code, allowing anyone to receive them. Only the spy who holds a code book — or in the case of the Cuban Five, software designed to decrypt messages from number stations — can decipher the code.

Number stations are a hack, of sorts, of the entire concept of broadcasting. For all but a few, these number stations broadcast complete gibberish. Only to the person holding the code book or the decryption software do these number stations mean anything. However, since the first number stations went on the air over one hundred years ago, broadcasting has changed dramatically. We now have the Internet, and although most web services cannot be considered a one-to-many distribution as how broadcasting is defined, Twitter can. Are there number stations on Twitter? There sure are. Are they used by spies or agents of governments around the world? That’s a little harder to say.

END_OF_DOCUMENT_TOKEN_TO_BE_REPLACED

This is a picture of MI6 headquarters. The people in that building are quite curious how a camera loaded with super mega secret stuff was auctioned off on eBay. Well, maybe they are more curious as to whom was doing the selling and how they acquired the camera. They’re investigating it now.