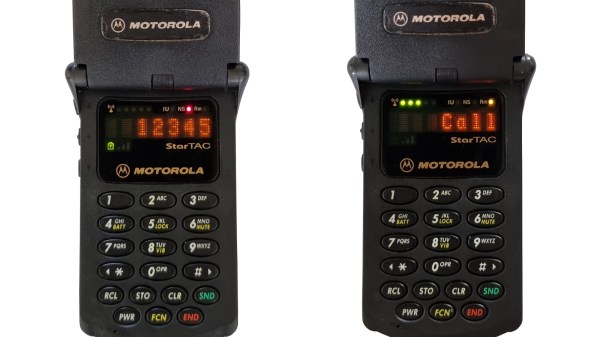 [LaForge] and [Holger] have been hacking around on cell phones for quite a while now, and this led to them working on the open cellphone at OpenMoko and developing the OsmocomBB GSM SDR software. Now, they are turning their sights on 3G and 4G modems, mostly because they would like to use them inside their own devices, but would also like to make them accessible to the broader hacker community. In this talk at the 33rd Chaos Communications Congress (33C3), they discuss their progress in making this darkest part of the modern smartphone useful for the rest of us.

This talk isn’t about the plug-and-play usage of a modern cell-phone modem, though, it’s about reprogramming it. They pick a Qualcomm chipset because it has a useful DIAG protocol, and in particular choose the Quectel EC20 modem that’s used in the iPhone5, because it makes the DIAG stream easily available.

Our story begins with a firmware upgrade from the manufacturer. They unzipped the files, and were pleasantly surprised to find that it’s actually running Linux, undocumented and without the source code being available. Now, [LaForge] just happens to be the founder of gpl-violations.org and knows a thing or two about getting code from vendors who use Linux without following the terms and conditions. The legal story is long and convoluted, and still ongoing, but they got a lot of code from Quectel, and it looks like they’re trying to make good.

Qualcomm, on the other hand, makes the Linux kernel source code available, if not documented. (This is the source on which Quectel’s code is based.) [LaForge] took over the task of documenting it, and then developing some tools for it — there is more going on than we can cover. All of the results of their work are available on the wiki site, if you’re getting ready to dig in.