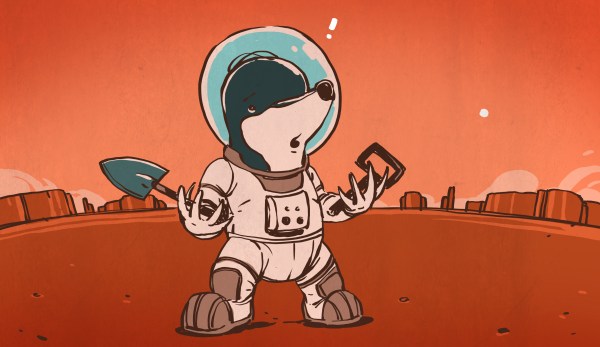 Your job might be tough, but spare a thought for any of the engineers involved in the Mars InSight lander mission when they learned that one of the flagship instruments aboard the lander, indeed the very instrument for which the entire mission was named, appeared to be a dud. That’s a bad day at work by anyone’s standards, and it happened over the summer when it was reported that the Mars Interior Exploration using Seismic Investigations, Geodesy and Heat Transport lander’s Heat Flow and Physical Properties Package (HP³), commonly known as “The Mole”, was not drilling itself into the Martian regolith as planned.

But now, after months of brainstorming and painstaking testing on Earth and on Mars, it looks as if the mole is working again. NASA has announced that, with a little help from the lander’s backhoe bucket, the HP³ penetrator has dug itself 2 cm into the soil. It’s a far cry from the 5-meter planned depth for its heat-transfer experiments, but it’s progress, and the clever hack that got the probe that far might just go on to salvage a huge chunk of the science planned for the $828 million program.