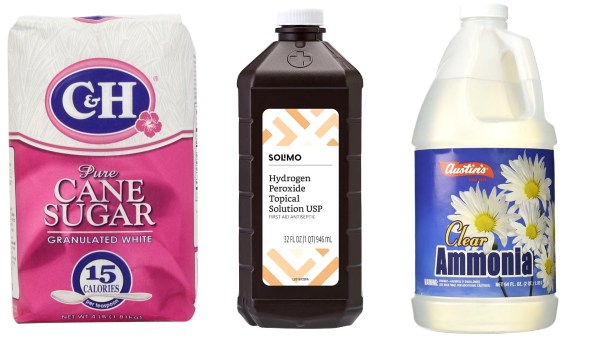 It seems like whenever the topic of rocket science comes up, the conversation quickly shifts to that of rocket fuels. As discussed in the excellent [Scott Manley] video below the break, there are many rocket fuels that can be found in some way, state, or form at your local grocery or liquor store. The video itself is a reaction to some college students in Utah who caused an evacuation when the rocket fuel they were cooking up exploded.

[Scott] himself theorizes that the fuel they were cooking was Rocket Candy, a volatile mix of sugar and potassium nitrate that is known to go Kaboom on occasion. And as it turns out, the combination might not even be legal in your area because as much as it can be used as rocket fuel, it can also be used for other things that go boom.

So, what else at your local megamart can be used to get to orbit? [Scott] talks about different kinds of alcohols, gasses, cleaners- all things that can be used as rocket fuel. He also talks about all of the solid reasons you don’t want to do this at home.

If this type of things gets your molecules excited, you might enjoy a bit we posted recently about using another grocery store staple to save Martian colonists from being held back by gravity. 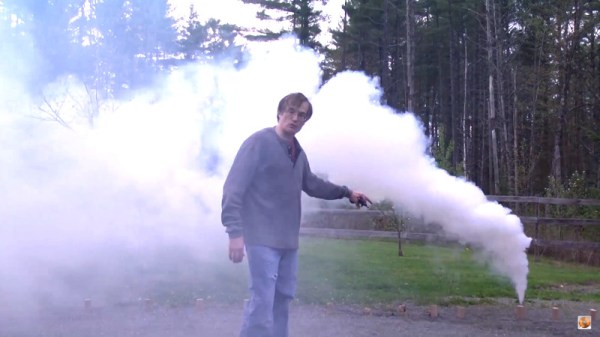 Smoke is a useful thing, whether you want to hide from enemy combatants or just make a big scene at a local sporting match. Smoke devices have lots of applications, many of which will likely cause a nuisance to somebody, somewhere. With that said, they can also be really cool, and [Tech Ingredients] is here to tell you how to make them.

Far from a simple tutorial, the video guide is loaded with detail. It begins with an explanation of the basic chemistry involved, using potassium nitrate and sugar. This is the basis of rocket candy, a popular method for making solid rocket motors at home. However, it’s then explained how the formula is altered to suit a smoke-making, rather than a thrust-making device. The trick is the addition of paraffin to moderate the reaction.

The tips don’t stop there. The guide explains how to use a coffee grinder to make the coarse ingredients finer, which increases the surface area and allows the powder constituents to blend with the wax more easily. Enclosures are also discussed, with a cardboard tube and bentonite clay favored for its heat resistance and stability.

Overall, it’s an excellent guide which takes the time to explain the rationale behind each step in the process. It’s great to see the underlying concepts explained with the practical execution, giving a strong understanding of not just how to do it, but why. Video after the break.

END_OF_DOCUMENT_TOKEN_TO_BE_REPLACED 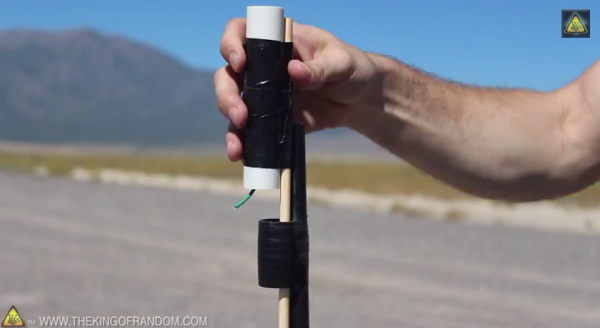 [Grant Thompson aka “The King of Random”] has created a great tutorial on making sugar rocket motors. [Grant] is using a fuel based on potassium nitrate and sugar. Known as Rocket Candy or R-Candy in the amateur rocket community, various forms of this mixture have been used for decades. In fact, this is similar to one of the mixtures [Homer Hickam] and friends used to build rockets in his novel Rocket Boys.

[Grant] bought a cheap blender from the thrift store, which he used to grind his ingredients. You probably won’t want to use this blender for food after it’s been full of KNO3-based stump remover. The blender made quick work of grinding down the KNO3 to a fine powder. [Grant] then added in powdered sugar and carefully mixed the two by shaking, not by running the blender.

A 5″ length of schedule 40 PVC pipe made the rocket motor casing. The rocket motor’s end caps are made from ground clay cat litter. [Grant] rams the layers with a wooden dowel and hammer. First a top cap of clay, then the rocket fuel, then a bottom cap also of clay. With all the layers in place, he hand drilled a hole through the bottom cap and the entire fuel layer. Drilling all the way through turns the motor into a core burning rocket. The entire fuel cylinder burns away from the inside out, with more surface area than burning the end alone.

[Grant] tested his rocket motor at a remote location. We probably would have gone with an electric igniter rather than a fireworks style fuse, but the end result is the same. The rocket motor performed admirably, blasting up to over 2000 feet in altitude.

It goes without saying that working with solid rocket fuel isn’t something to be taken lightly. Something as simple as an air gap in the fuel could lead to a CATO, turning this rocket motor into a pipe bomb. We echo [Grant’s] suggestion to search for local amateur rocket clubs before trying this one at home.