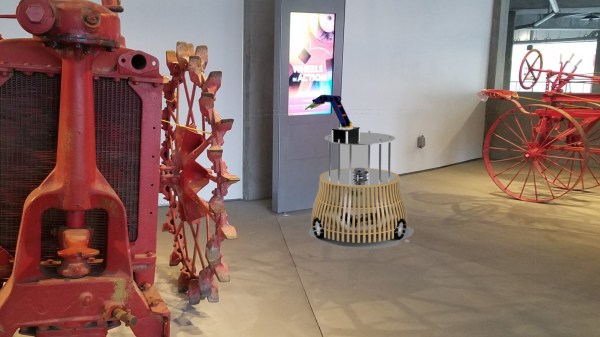 When you are responsible for maintaining devices at a client’s location, software tools like remote desktop and SSH are great, but sometimes they are not enough. For some problems, you need to get eyes and hands on the device to figure out what’s going on and fix the problem. This is a challenge [Will Donaldson] from EDM Studio is all too familiar with. They develop and maintain interactive museum exhibits all over the world, so they created Omni, a modular telepresence robot for inspection, maintenance, and a variety of other tasks.

The Omni uses a set of three omni-wheels under its base, powered by DC geared motors with encoders, each controlled by a separate motor driver and Arduino Nano. A similar arrangement was used by Mark Rober for his domino art robot. The main controller is a Raspberry Pi 4 running ROS2 (Robot Operating System), which takes inputs from a 360 LIDAR sensor, high-quality camera module, and IMU.

All the components are mounted on a series of plates separated using threaded rods. This arrangement allows for maximum flexibility and space, especially the open-top plate, which has a grid of holes machined in to allow almost anything to be mounted. In this case, a robotic arm is mounted for manipulating the environment. Another neat feature is the charging station connector, consisting of two parallel metal strips on the outside of the robot.

Omni’s mission is very similar to that of Spot, the robotic dog from Boston Dynamics intended, among other things, for Industrial Inspection. What practical purposes would you use Omni for? Let us know in the comments below. 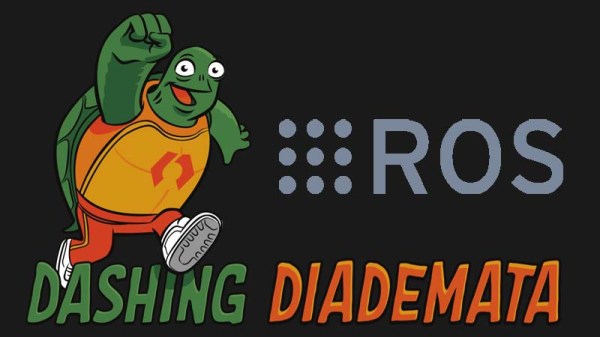